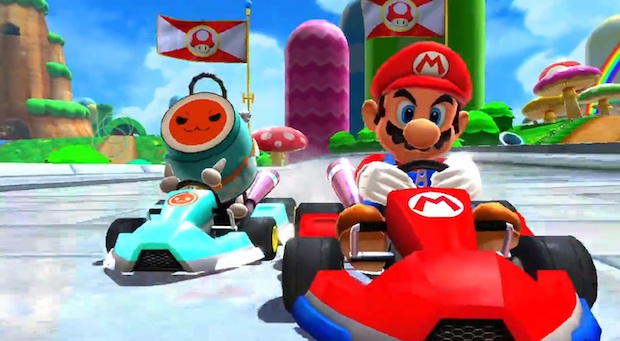 If you can stand the Japanese kid voice screaming at you for a couple of minutes, watch this newly released trailer for the game. In it you’ll see some fun new additions. Wadadon (or Don-chan) from Taiko no Tatsujin (Taiko Drum Master) is now a racer. You can race as a drum! Better yet, keep watching to see a joint attack where Mario and Luigi join to form a race tank that fires Koopa shells. One player drives while the other one fires shells.

The look, characters, music — there’s too much awesome in this game!