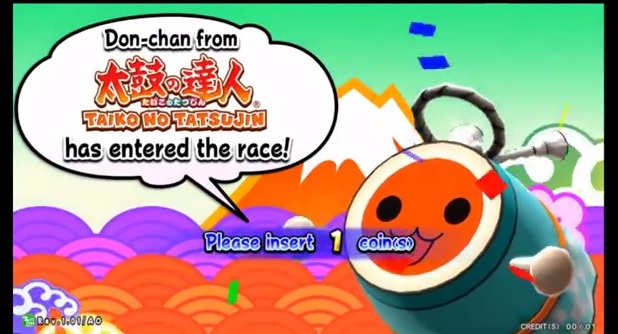 In case you haven’t been to an arcade in a minute, Namco Bandai has been making arcade iterations of the Mario Kart series for quite a while, and they’re pretty badass. For Mario Kart Arcade GP DX, the Taiko Drum Master mascot will make the cut as a playable character, and a new co-op tank mode is in.

In co-op mode you’ll race together as a team, but if one of you picks up the new tank power-up, one player will drive, and the other will aim and fire the turret. It’s a page from Double Dash for sure, and one I’d love to see somehow in future Mario Kart games — it certainly could have made Mario Kart 8‘s dull battle mode more interesting. This has been out for a while, but this new trailer has launched to celebrate the arrival of the game in certain regions.