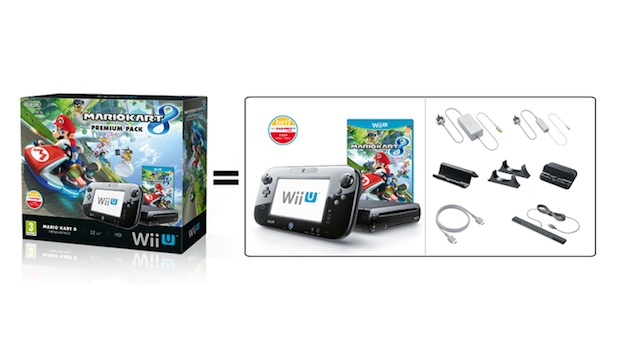 We pointed you to what looked like leaked box art for a Mario Kart 8 Wii U bundle, and now that bundle has been confirmed by Nintendo for release in Europe. They say that their Mario Kart 8 Premium Pack — Special Edition Wii U hardware bundle will accompany the game’s launch, hitting shelves on May 30.

The bundle contains a 32GB Black Wii U console and Mario Kart 8, all for the price of £249.99, with pre-orders open now.

No word from Nintendo yet for a North American version.