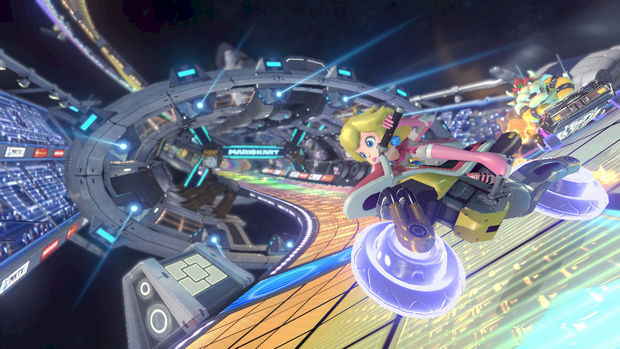 [Update: Nintendo has confirmed an August 27 launch for the update in North America as well. Find the full list of improvements below.]

Welcome Nintendo to the modern age of gaming with downloadable content! Hey, at least these three Mercedes-Benz car add-ons are free. Well free to get, it’s still advertisement for Mercedes. So you know, yuck.

Anyway, the real news here is that the map display can now appear on the TV screen if that’s what you desire in Mario Kart 8. I’m all for that, as having the map display on the Wii U GamePad was annoying since I don’t like using it all that much.

Note that this update will be out on August 27 for the Japanese version at the moment, but expect this to hit other territories soon as well. Well, the map display update at least, along with some other fixes.