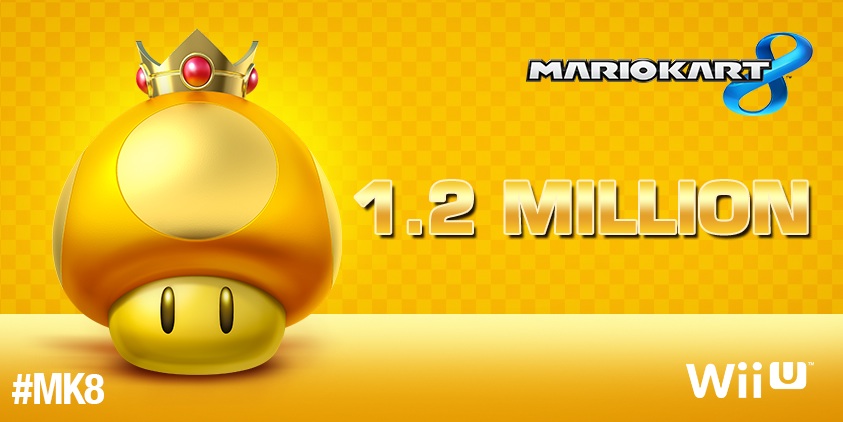 Fastest-selling Wii U game ever? That’s Mario Kart 8, which sold more than 1.2 million units worldwide over its first weekend, starting May 29 and 30. This counts Japan, Europe, and the Americas.  That’s a pretty good start. Maybe they got that new timing down.

“The early response to Mario Kart 8 demonstrates that the best days for Wii U are still ahead,” said Nintendo of America president and COO Reggie Fils-Aime. “This year’s E3 is just days away, and it will be all about the future games for Nintendo platforms. This milestone is a great place to start!”