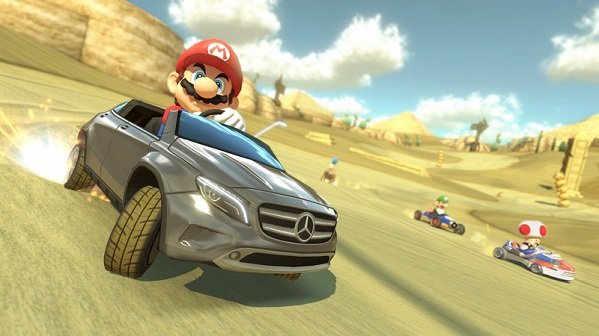 Have you had your fill of hardcore brand advertising in Prototype, SimCity, and pretty much every free-to-play game ever? Well too bad, because Mario Kart 8 is joining the party.

Due to a collaboration between Mercedes Benz and Nintendo, there will be a free GLA style car in the form of DLC this summer. Currently it’s confirmed for Japan-only, and since licensing deals can often be tricky, who knows if and when this will arrive internationally.

So yeah, this is…something. Stay until the end of the video for a bizarre look at a live-action Mario.