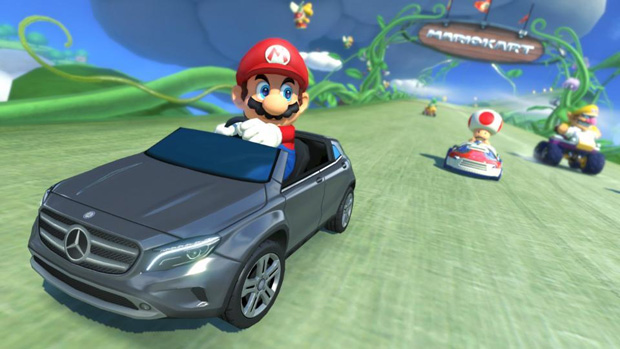 Mario Kart 8 brings a small update today, and with it, the free Mercedes Benz DLC. Version 2.0 of the game is in tow, which comes with minor changes like an in-game DLC option. If you want the Mercedes DLC just head to the eShop and grab it.

Additionally, pre-orders are now live for the mashup content. For $12 you can pre-buy both and gain “immediate” access to Yoshi and Shy-Guy colors, or buy the November and May packs piecemeal for $7.99 each.