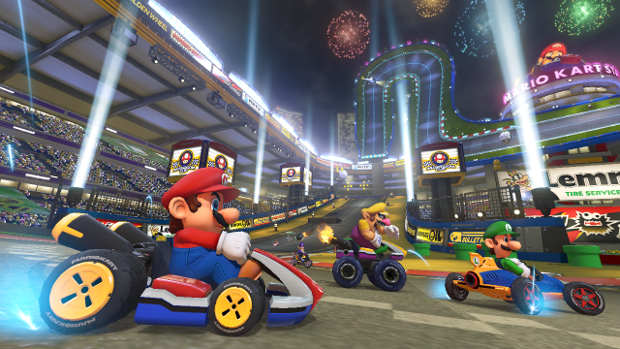 The blue shell was thrown by Nintendo

After nearly two years of being on the ropes, Nintendo’s troubled console has finally gotten a pick-me-up. And a major one at that. With the release of Mario Kart 8, which secured the #2 spot in the UK for most sales during the week, Wii U purchases have increased exponentially.

As reported by CVG, retail monitor Chart-Track says these Wii U sales managed to outperform the console’s debut in 2012, which was previously its highest selling point. Moreover, sales of Mario Kart 8 marked the series’ second strongest debut, right behind the 3DS’ Mario Kart 7.

It’s no surprise that Mario Kart 8 would do well, as its predecessors were top sellers on other platforms — however it’s extremely surprising that it not only outsold the competition on a struggling system, but it still managed to become the second highest debut in series history. It’s an impressive start.

In light of this good news, I now have an excuse to post this great GIF.