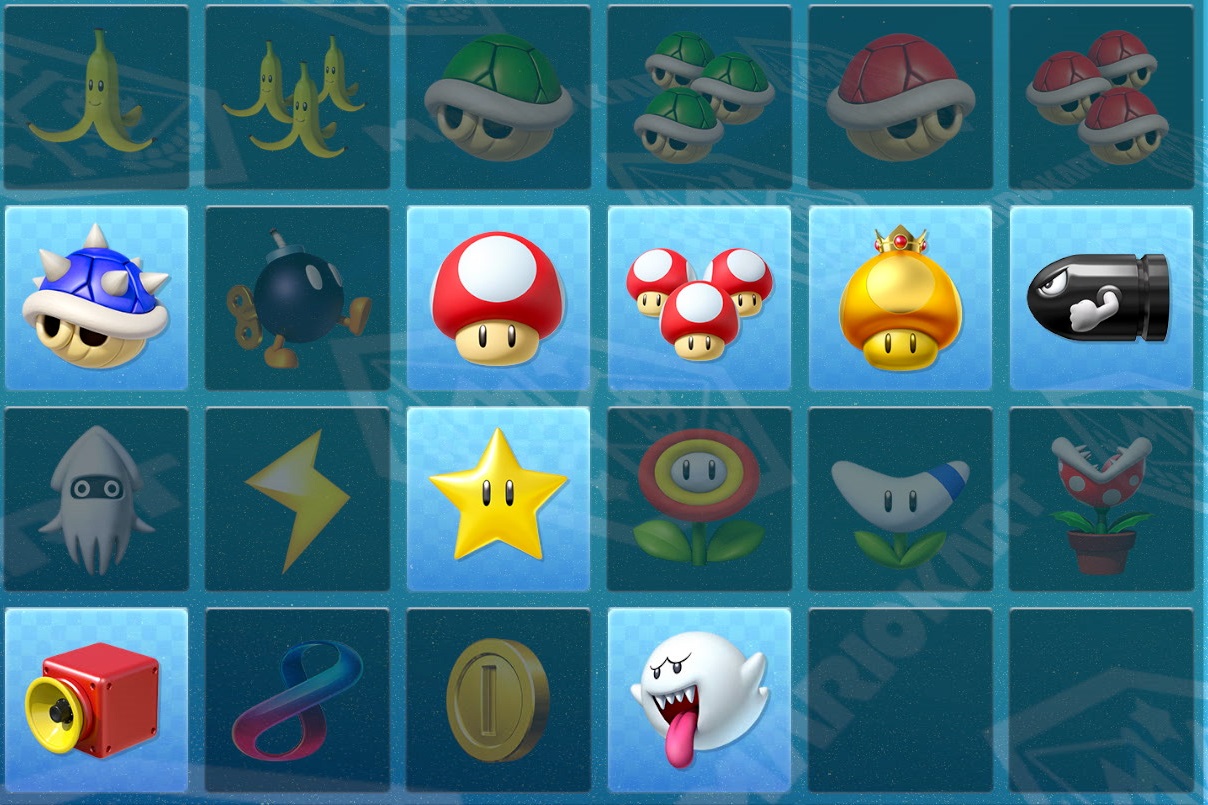 If the Blue Shell is the bane of your existence, then your world is about to get a little more chaotic, as Nintendo has released a brand new update for its long-life racer Mario Kart 8 Deluxe, which allows players to customize the exact items received when driving over item boxes!

The “Custom Item” feature allows players to pick and choose from the list of buffs, debuffs, and weapons available from Mario Kart 8 Deluxe‘s iconic arsenal. So you can receive a Red Shell every time, or you could ban Red Shells entirely. Not enough Banana Skins? Give them to EVERYBODY! Or, if you want to put your karting skills to the ultimate test, turn off items entirely, and may the best Power Slider win.

Of course, this new feature is not available in all modes, so don’t expect to jump into Online Vs. with a fistful of Lightning Bolts. But, for offline multiplayer races, battle modes, and the like, you and your fellow racers can now choose exactly which items will or will not appear on your next run around Rainbow Road. The Custom Item feature sounds pretty neat and I kinda wish it had been utilized in every single Mario Kart release.

In addition to the new feature, today’s update sees the arrival of Booster Course Pass Wave 3. As previously noted, this particular round of DLC includes eight classic tracks rolling out across two cups. For a full list of the newly featured raceways, check out our previous report or the trailer above. 2023 will see the arrival of three further Booster Course packs, ultimately building to a grand total of almost 50 additional courses.