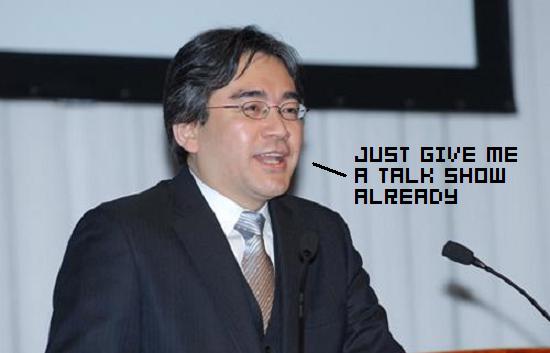 In what looks to be a new series of articles in the style of his talks with Sigestato Itoi, Nintendo president Satoru Iwata is conducting a series of interviews with the development team working on Super Mario Galaxy. Hosted over at the official Wii site, the first part of the article sees Iwata talking to game producer Shimizu and director Koizumi about the early development and conceptualization of Mario’s latest, as well as covering their working relationship with Shigeru Miyamoto.

I love articles like this, I really do. While we all faun and laud over the artistic successes in our medium, the means by which those successes come about are often almost as stimulating. When a company as idiosyncratic yet rightfully creatively praised as Nintendo opens the doors on they way they create a title as already stunning as Super Mario Galaxy I’ll always be listening, and while only a quarter of the way through its run, this interview has already hooked me in for the duration.

What I found particularly surprising and refreshing was what seems to be the rather ballsy nature of the young team working on the game. After working only on games of the scale of Donkey Kong: Jungle Beat previously, when encouraged by Miyamoto to follow up with something a little bigger, the team claimed the next Mario game and decided to run with the previously thought-impossible to implement spherical platform concept which Shigs himself had been talking about for years. Nice work guys.

The interview also contains a couple of instances of the game’s developers actually turning Miyamoto’s own table-flipping antics upon him, – though they amusingly didn’t work as well as planned – and covers the formula changes the team made to strike the balance between keeping the game within Nintendo’s “Accessible for all” philosophy and maintaining a challenge. All in all, a good read, and I want more soon please.