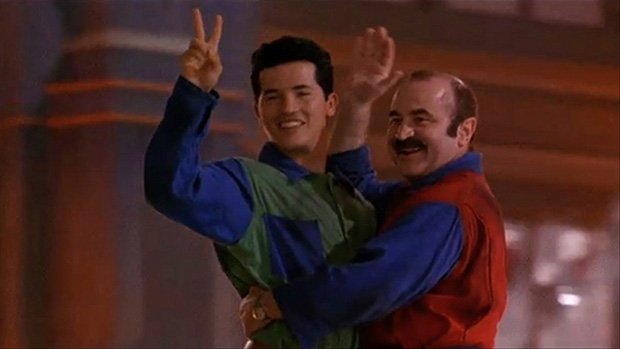 “May the fungus be among us!”

May 28 marks the 20th anniversary of the infamous Super Mario Bros. movie. Whether you love it or love to hate it, it’s nonetheless a landmark film that holds a special place in gaming history.

To celebrate the grand occasion, Super Mario Bros. The Movie Archive held a special midnight screening at the Nuart Theatre in Los Angeles this past Friday. It was a big to-do, with props on display and a Q&A session with several members of the film’s production staff. But the coolest treat of all was a special message from Luigi Mario himself, actor John Leguizamo.

You’ve no doubt heard by now that the actual filming was something of a nightmare for all involved, yet Leguizamo is happy that the movie has had such a lasting legacy regardless. He remembers some of the good times on set, like when he f*cked up Bob Hoskins’ hand with the sliding door of the Mario Bros. van! Great goin’, Weegee!

On the topic of the Mario film, allow me to pimp my other gig for a sec and let you know that the third issue of Nintendo Force is out, which contains a juicy feature on the Super Mario Bros. movie. Check it out, son!