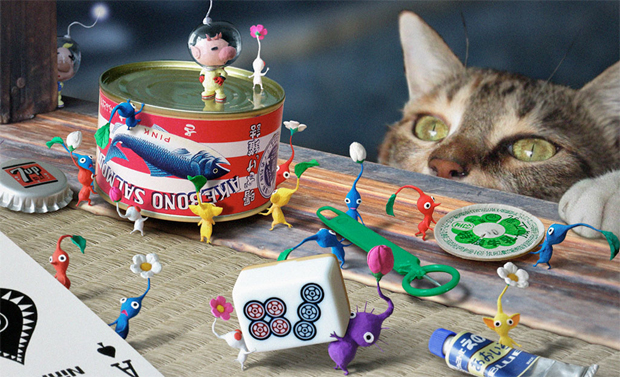 When Nintendo throws a shareholder meeting and its band of ever-vigilant public relations folk allow Shigeru Miyamoto to say what’s on his mind, you know we’re in for a treat.

First, a long-sought-after response to the question “what exactly is the deal with Pikmin 3?” The famed designer had this to say: “Amongst the present promises, I have to finish Pikmin quickly, so production is progressing extremely well.”

As an adamant fan of Pikmin, that’s good to hear. I’d much rather be shown something, anything, but what can you do? Moving on to the other major topic of interest at hand, Miyamoto danced around the idea of coming up with a new character for Nintendo.

“It’s been nearly 10 years since I made the Pikmin character, so I feel this is the year where I must at long last make a new character. This is as far as I’ll answer today.” He also mentioned how he has picked up swimming — take that for what you will.