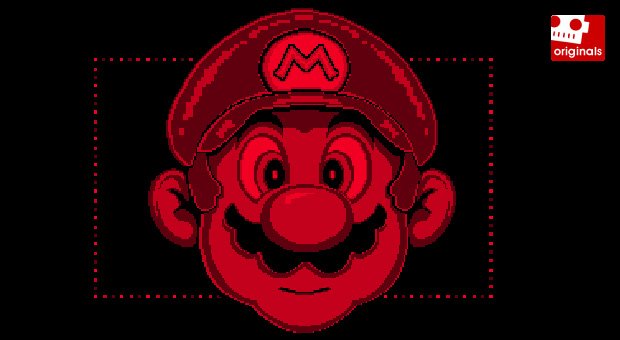 When people complain about getting a headache from playing the 3DS, I want to roll up my old man sleeves, wave my cane, and tell them how much worse it was back in the days of the Virtual Boy. “You think a little headache is bad? Try playing the Virtual Boy! You will be seeing red for weeks!” Talking about the Virtual Boy is my generation’s walking uphill both ways in the snow.

Because of its notoriety, it is no wonder most people talk about the games on the Virtual Boy with nothing more than a reference to the painful sense memory they get from playing Nintendo’s noble, awkward failure.

But in the sea of discomfort, there were a couple of Virtual Boy games that were surprising gems. One of these better games was Mario Clash, an odd, quirky installment in the legendary Mario series. And the first 3D Mario game ever released!

That’s right. Despite all the deserved attention on this weekend’s release of the incredibly good Super Mario 3D Land, Mario Clash was actually the first Mario game in 3D. And even though it was only playable on the Virtual Boy, it was surprisingly good! 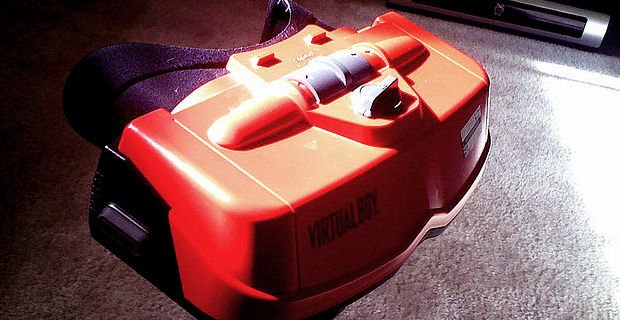 For anyone that doesn’t know, the Virtual Boy was Nintendo’s failed videogame console released in 1995 that displayed games in fancy stereoscopic 3D. In fact, it was the first system to display its games in 3D right out of the box! Take that, 3DS!

Unfortunately, all of this cool technology was implemented in a horrible way.

Unlike the sleek, easy-to-use 3DS, the Virtual Boy was an uncomfortable, ludicrous console. The strange system had players placing their head against a weird goggle/helmet thing and controlling with an admittedly cool boomerang-shaped controller. Too big to be used as a handheld (or faceheld?), the entire setup was ridiculously cumbersome, as the system had to be placed on a table at the perfect height in order to be comfortable.

But that wasn’t the worst of it. Because of the 3D technology, all of the games on the Virtual Boy could only be displayed in red, void of any other colors.

On top of all this, the discomfort level was so high (be it the headache caused by the red 3D or the neck and back pain caused from hunching over a table) that players could never play for more than a few minutes.

The Virtual Boy may go down as Nintendo’s biggest, weirdest disaster. 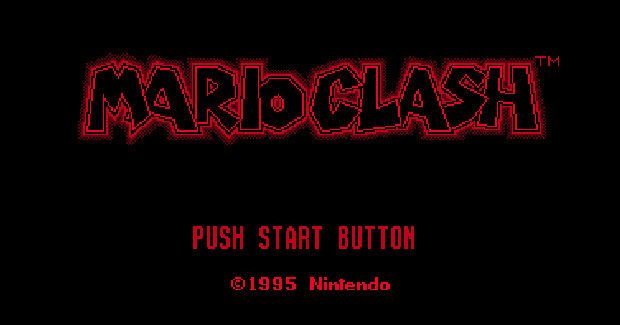 Despite all of the system’s shortcomings, there were actually a couple really great games for the Virtual Boy. The first was Virtual Boy Wario Land — a really solid, creative platformer — and the other was Mario Clash.

In the game, you play as Mario as he navigates a simple series of platforms at various heights, trying to destroy all the enemies in the single-screen level. Putting the 3D effects of the Virtual Boy to good use, Mario can travel between the foreground and background using a set of pipes.

Each level consists of various enemies, each having to be taken down in a different way. To do this, Mario must use a turtle shell, which he can either kick from side to side (like in most Mario games), or, in a clever twist, throw between the foreground and background.

This is what makes Mario Clash so neat. It is a really cool effect to throw the turtle shell back and forth between two layers of depth, all in 3D. Maybe it was the harmful rays being admitted into my head by the Virtual Boy, but, when I first played Mario Clash, I thought the game looked and played great!

The game is very basic, but its solid design, addictive combo-based gameplay, and large collection of levels makes Mario Clash a tough game to put down. Or, step away from. Whatever you call it when you stop playing the Virtual Boy. 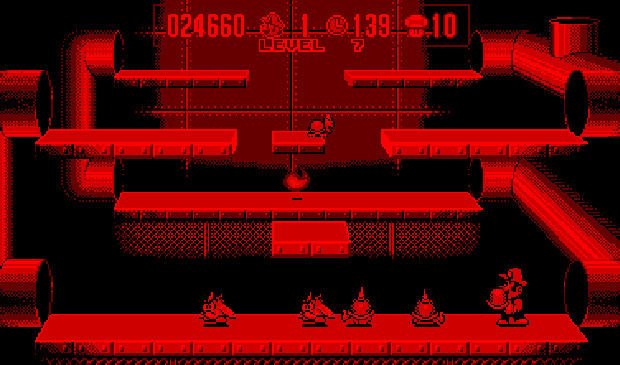 It may be a little embarrassing to admit, but I still find myself playing Mario Clash every once and a while. Playing the game itself is not the embarrassing part, but nothing is more humiliating than dragging out a Virtual Boy from your closet, sitting down, placing your head in the crazy ass system, and grabbing that funky controller. I think it is physically impossible for someone to look cool playing the Virtual Boy.

It is so uncool, that there is a reason no pictures of me playing the Virtual Boy exist. I HAVE BURNED THEM ALL!

Looking past all the theatrics, Mario Clash is actually something special. It is a solid game with really fun gameplay, and, most importantly, it was the first 3D Mario game ever — one that was released 16 years ago! That is an entire new driver’s lifetime before this weekend’s Super Mario 3D Land.

That alone is worth celebrating.

Once you get past the initial embarrassment of putting your head in a giant pain-making machine, Mario Clash is really fun. I know most of you don’t own a Virtual Boy, but if you are ever hanging out at my house, I will make sure to pull out the system and let you try out the game. You may be surprised by how much fun you actually have with it.

Okay, that decides it: VIRTUAL BOY PARTY AT MY HOUSE!

Someone bring the aspirin.