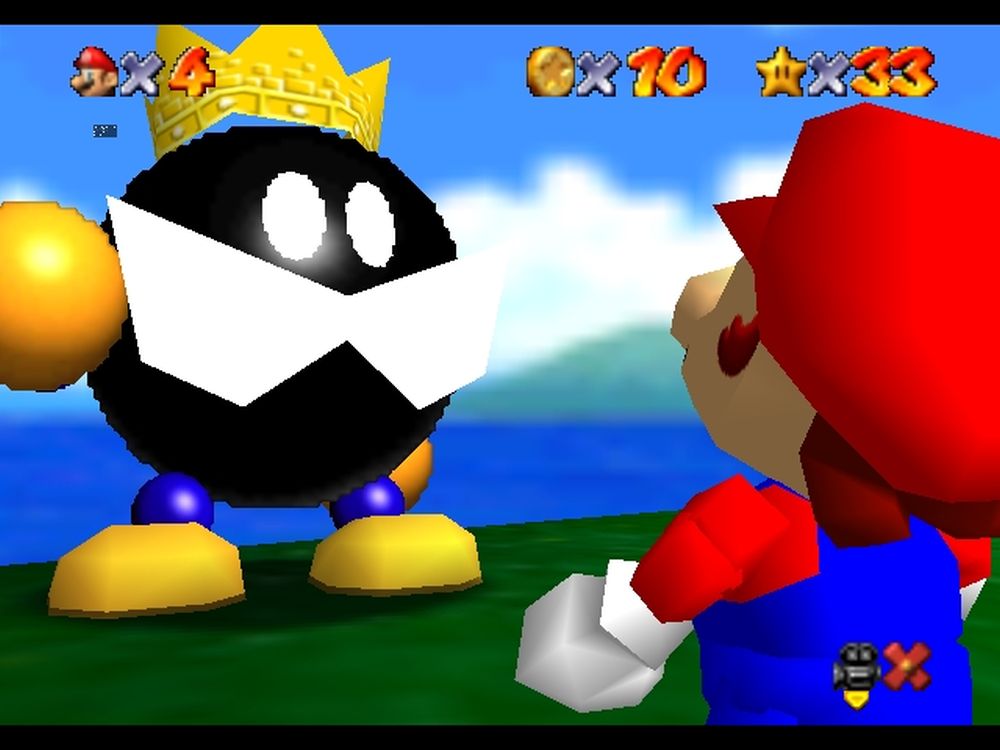 An image has begun circulating the interwebs regarding the fate of one King Bob-omb, the first boss and first star on the very first level of Super Mario 64.

King Bob-omb resides on the top of the mountain in Bob-omb Battlefield, requiring the player to mount several obstacles to get to the top and defeat him. One such obstacle is a pit of two rolling balls which, if given facial features, would resemble the King himself.

Largely unnoticed by the gaming community, and most certainly myself, is that on every star after the King’s defeat, the aforementioned ball pit has three rolling balls, and the bob-omb at the start of the level tells you the King was a “dud.”

Just what implications could this have on the canon of Bob-omb Battlefield? Could he be a fake? Has his defeat doomed him to a Sisyphyean fate, forever rolling? This sort of lore expansion reminds me of that green thwomp in Mario Kart 64 and the Hell Valley sky trees of Mario Galaxy. What other secrets lie hidden in these seemingly simple Nintendo games?