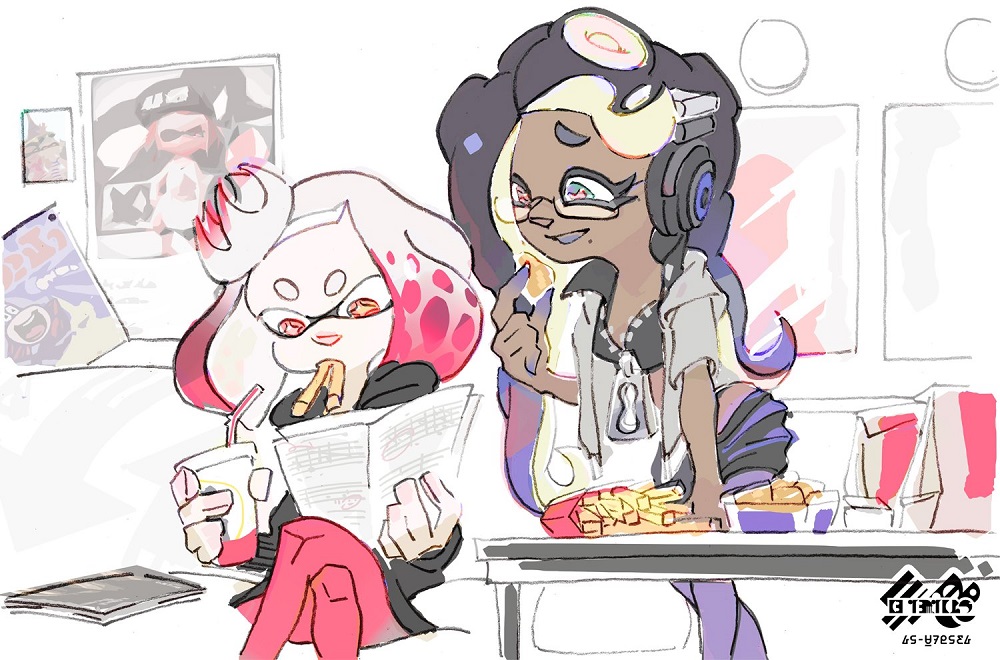 Later this week, the Japanese Splatoon community will battle it out in ink-based warfare in order to establish which is the best “food” item available at McDonald’s: French Fries or McNuggets.

A tweet, featuring cutesy new artwork, has been published to remind players that the global-defining moment is almost upon us. It shows Marina and Pearl perusing what looks like the music to their latest (s)hit single, while enjoying lunch in their dressing room.

They also speak of the mental strain caused by trying to pick between Fries and McNuggets, and of the pressure put upon said decision by the build up of vehicles, waiting behind them. Life can be pretty damn hard for half-octopus, half-human monstrosities that write rap music whilst fighting over processed foodstuffs.

Based on the image, it seems clear the Pearl will be backing Fries whilst Marina will be in McNugget’s corner. We also learn that Marina wears glasses to read (probably the hipster kind that don’t actually have corrective lenses) and Pearl has gross eating manners. Attagirl.