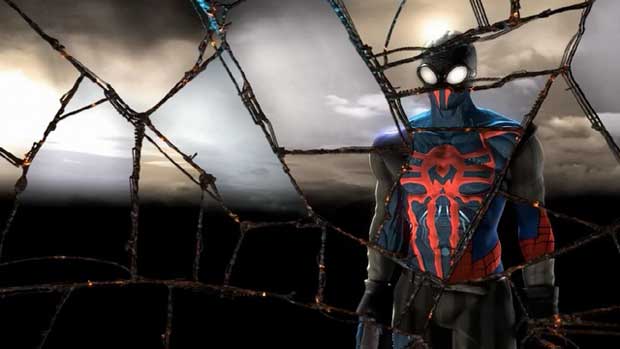 It seems like only yesterday that we were sitting here guessing which Spider-Men Activision would be stuffing into Spider-Man: Shattered Dimensions. Now, the damned thing comes out next week — it hits Xbox 360, PlayStation 3, Wii, and Nintendo DS on September 7.

Ben gave you an in-depth look at the game on the Xbox 360, PlayStation 3, and Nintendo DS earlier today. Words and images are great, but there’s nothing quite like seeing a game. With that in mind, Activision have released a launch trailer for the game… even thought it hasn’t launched yet. I’m sure we’ll get another trailer next week, and they can call it “Launch Trailer 2: The Return of the Launch Trailer.” Who knows.

Game looks good to me, and I’m looking forward to getting my review copy, which should (I’m crossing my toes here) show up this week. But if it totally blows, I’ll be sure to let you know.