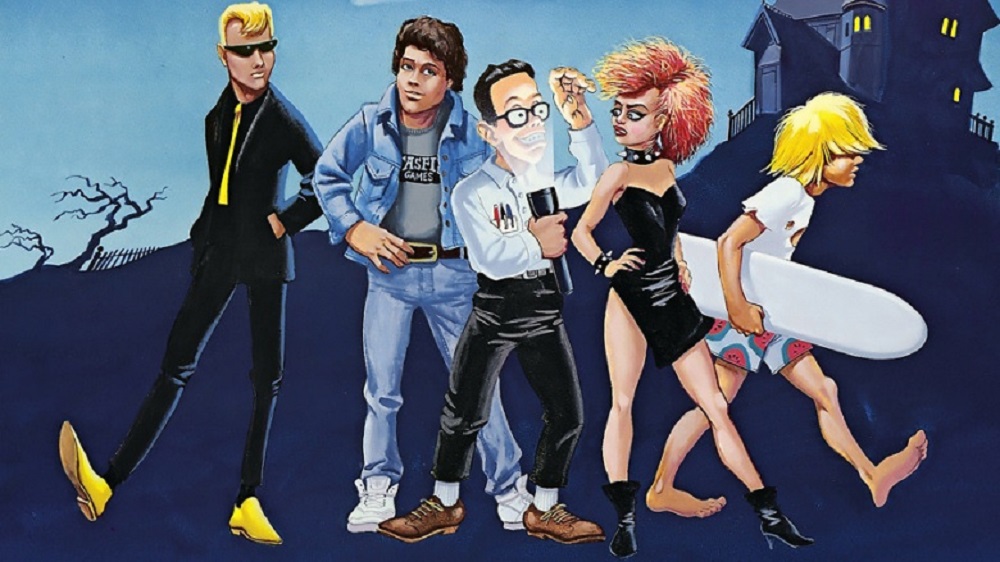 Pro-tip: The Chainsaw is a lie

A genre-defying, point-and-click head-scratcher is back, as the original Maniac Mansion is now available for purchase on Steam.

The original LucasArts graphic adventure, which first released in 1987, paved the way for a host of games designed for the SCUMM engine. These include sequel Day of the Tentacle, the famous Monkey Island series, Sam and Max Hit the Road, Full Throttle and Zak McCracken and the Alien Mindbenders.

Like all the games listed above, Maniac Mansion is an iconic but baffling affair, often requiring the most abstract chain of events in order to ultimately achieve a simple task. An example would be making and mailing away your band’s demo tape in order to win favour of a tentacle creature. The game allows you to choose two kids to accompany hero Dave into the lair, with different paths to victory required for each combination of characters.

I haven’t played Maniac Mansion in about twenty-five years, it’s probably super-clunky today. But I loved it when I was a kid, and I thought punk gal Razor was cool as all hell. If you fancy taking a puzzling stroll down memory lane, Maniac Mansion is available to purchase on Steam now, for a limited time price of $4.