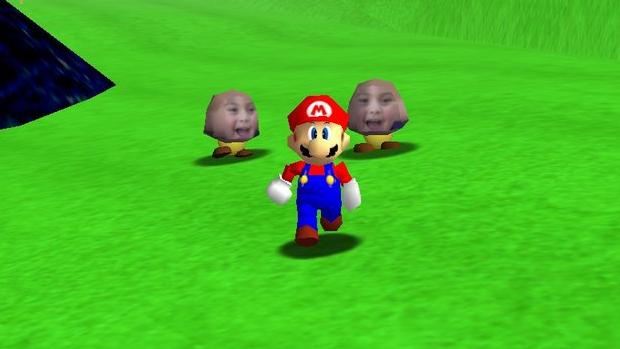 Thanks for the nightmares, dad

I don’t have any kids of my own, so I can’t claim to know what they would or would not like. That said, I wouldn’t imagine that being relegated to existence as an army of heads with stubby feet only to be squished by a plump Italian would be high on the list. I would be wrong.

In a showing of love that only a parent could know, one industrious man took to the textures of Super Mario 64, and replaced the goombas with a photo of his seven-year-old son’s face. It may creep me out, but apparently the kid got a kick out of it, stomping on his own face and laughing maniacally for ten minutes. There is a brief explanation for how to do this over on Reddit, in case you too want to terrorize your offspring.