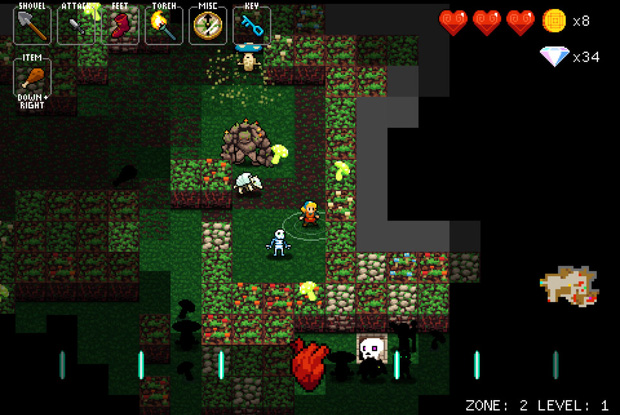 It’s a rhythm-based roguelike in which you hop around dungeons to the beat of music, a novel mechanic that ends up being enjoyable — not burdensome, as it might appear in trailers — and keeps the game feeling action-oriented despite the Rogue influences.

And the soundtrack? Quite possibly my favorite music from Danny Baranowsky to date (though you can play NecroDancer to your own music too — Daft Punk’s “Face to Face” works well).

I’ll openly admit that I wasn’t totally sold on the game’s concept before playing, but the execution is there. Whether you want to get in now while Crypt of the NecroDancer is still in Steam Early Access ($14.99; Windows/Mac/Linux) is up to you. Personally, I tend to avoid unfinished games wherever possible, but I feel this is far enough along in development to justify playing now.