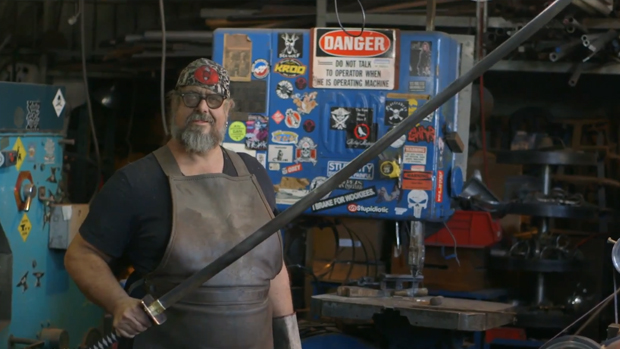 It’s probably taller than you are

I’m pretty hooked on watching the Man At Arms series of videos, which feature the blacksmiths of Burbank, California’s Sword and Stone as they forge replicas of fantasy blades found in games. And this installment is a big one, literally, with the creation of Sephiroth’s 7′ long katana from Final Fantasy, the Masamune.

Unlike a lot of the massive, unwieldy swords made on Man At Arms, the Masamune almost looks like you could swing it for a few seconds before your arm is violently ripped from its socket due to momentum.