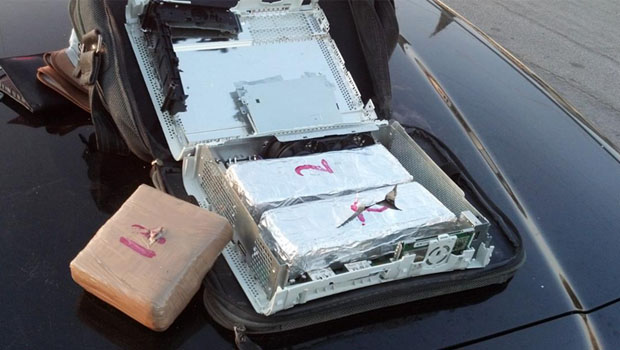 Driving around with mass quantities of illegal narcotics isn’t exactly the smartest idea in the world, but if that’s something you plan on doing you could learn a thing or two about what not to do from this tale about a man and his Xbox.

After being pulled over by the West Texas fuzz, Carlos Valenzuela nervously looked at a bag in his vehicle’s passenger seat. A bundle of the devil’s dandruff was initially discovered in the vehicle before the El Paso County Sheriffs’ Office brought in a K-9 unit that uncovered an additional two bricks of cocaine hidden inside an Xbox 360.

In total nearly four pounds of nose candy was seized. Valenzuela was subsequently arrested, charged with manufacture or delivery of a controlled substance, and placed on a $25,000 bond. The real tragedy though is that yet another innocent game console has lost its life in the War on Drugs.

Police: Man found with bricks of cocaine hidden inside Xbox 360 [KFOX14 via GamePolitics]