Jonathan Mak, the designer behind the musical shooter Everyday Shooter, has got something in the works for Sony’s upcoming handheld. It’s a musical platformer tentatively being called Sound Shapes, and it’s one of the NGP’s most surprising and hypnotic launch titles. 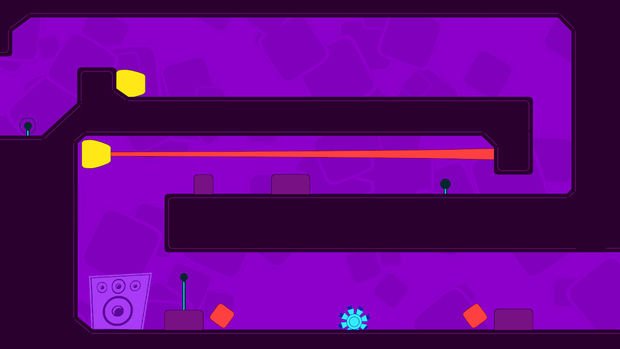 Gameplay is not entirely unlike Gish, with players controlling a little amoeba-like blob through a musical world that’s brought to life as players progress. You can make your little glob hop with the X button, and will stick to and roll across any surface, including ceilings and up walls. Pressing square gives you a quick burst of speed, and also will release your grip.

By moving through the world and collecting little dots scattered about, you’ll build upon the music track, adding things like melody and bass line as you progress. You’ll have to avoid hazards, including enemies and lasers, some of which pulsate to track’s backing beat. You can even customize the musical experience by hopping on sample pads that add euphonic stabs or drum fills to the backing beat.

The pre-loaded levels, with visuals and sounds designed by Mak, are as enchanting as his work on Everyday Shooter. Prominent melodies and thumping beats kept me wanting to move through the levels, simply to see where the music was going next.

But perhaps the most interesting aspect of Sound Shapes is the game’s create modes, which allows you to develop music and game levels in tandem and in real time. After selecting from a number of different instruments (bass, guitar, and more), you’ll simply tap areas of a blank screen to add notes/pellets to your track/level. The higher you place the notes, the higher the pitch; using the back touch panel, I was able to grab and reposition notes on the fly. By layering various notes across the level (which acts as something of a musical sequencer), I was able to quickly create both gameplay and music simultaneously. 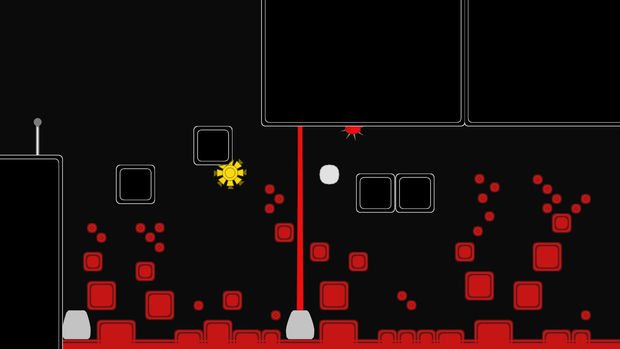 The next element is putting down the play space, again using a combination of the front and back touch screens. The tools were simple to use, but robust, and experimenting with different available options quickly changed how the level both looked and sounded. By stringing together various “rooms,” it’ll be possible to create stages that can run anywhere from two to seven minutes long, I’m told.

Sound Shapes will also support song/level sharing by letting you tag and upload levels to the cloud. Levels created will be tagged with unique meta-data identifying the creator, and can even be “remixed” by other users and re-shared on the network.

Mak’s Everyday Shooter turned heads because of its distinct aesthetic and intriguing use of sound not seen in the shooting genre. Depending seems like it will be different things to different people. If you’re an artist by nature, it’s a musical and level creation tool that also happens to be a game. If you’re a gamer foremost, it’s a unique platformer game that just happens to have creation tools.

Whatever the case, Sound Shapes is already standing out as one of the most notable games in the NGP library. Considering it’s up against the likes of world-class IP like Uncharted, that’s saying a whole hell of a lot.