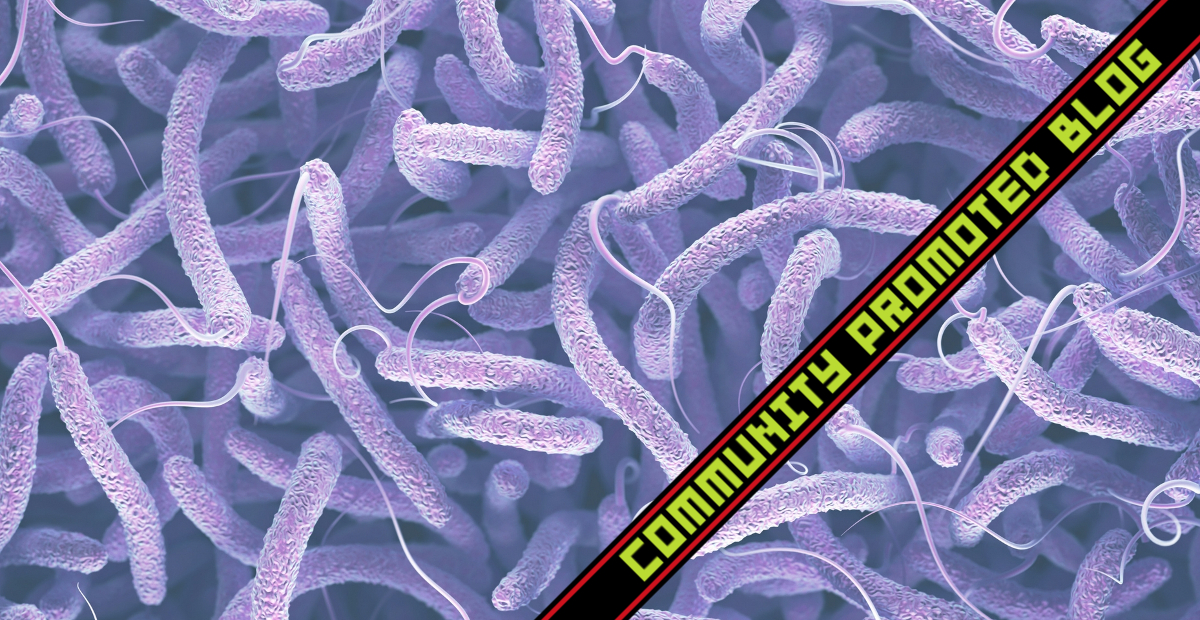 [Gamemaniac3434 used his profession and passion in the field of microbiology to recreate our esteemed mascot in bacteria and then described the process of how it all went down. As someone who can’t draw at all I appreciate these alternative forms of fanart, now if only I could rework HAARP to make Mr. Dtoid in the clouds. ~Anthony]

As some of you may be aware, I am a student of the school of microbiology. Currently I’m attempting to get into graduate school, that I may rain down a plague of terror not seen since the black death for the glory of mankind. In my ruminations on such things, I sometimes look back on my days of college and think on the microbiology type things I did there. And that brings us to the topic of this particular blog – the creation of Mr. Destructoid in glorious bacterial splendor. I’ve been musing on discussing how I did this for a while and finally decided to do it, with potential for an additional something I’ll bring up at the end of the blog. 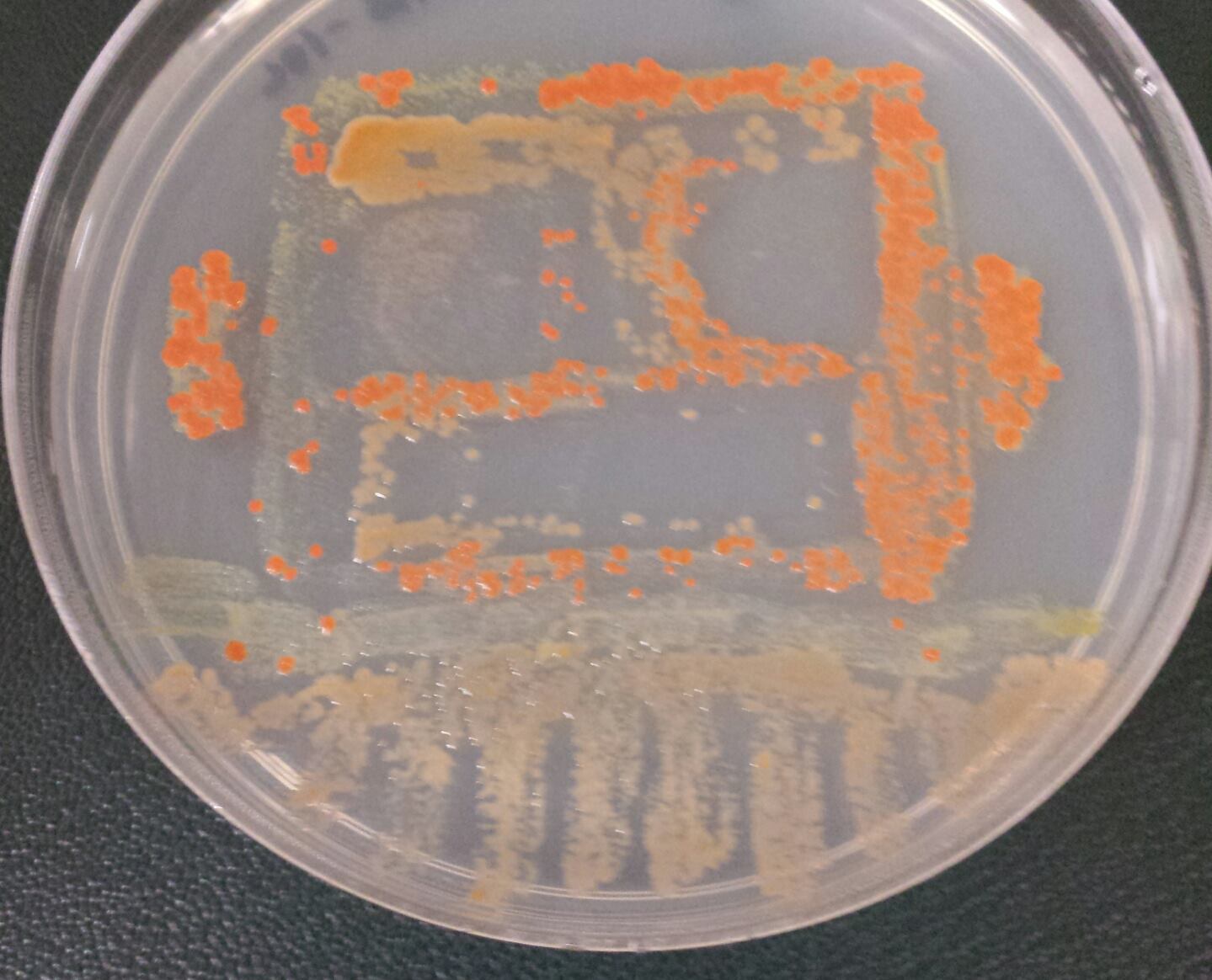 As almost none of you may be aware, microbiologists have held a long fascination with the artistic mediums possible using bacteria and Petri dishes. Even Alexander Fleming, the man famously credited with finding and then putting into use penicillin, was known to use bacteria to paint with. Today there are competitions, galleries, and class sessions that utilize bacteria to create gorgeous works of art – and I was given an opportunity to try my hand at this activity during the later years of my college schooling. In my Microbial Genetics class, the Christmas season was upon us and it was time to be festive. To that end, we were to have a fun little activity, one that would teach us about genetics and allow us to indulge in our creativity.

The experiment would be a matter of transposon mutagenesis of a photosynthetic bacteria. To attempt to explain it as simply as I can, the gist was that we were going to take small “jumping genes” that leap from chromosome to chromosome like little parasites and use them on the photosynthetic bacteria. These transposons would hopefully be inclined to jump into the genetic areas that had to deal with the complex photosynthesis process in this bacterium. Because there are multiple levels of coloration for these systems and their receptors, disabling one system would cause the bacteria to change its coloration from the normal purple it started off as. Bacteria able to survive mutagenesis-the number one result of mutation is death so there was a lot of casualties one presumes-would grow and could then we could go about collecting different colored colonies that had not only survived their transposon mutagenesis but changed their color.

Once these colonies were picked, they were spread across the plate in what’s commonly known as a “lawn” on a Petri plate, meaning that the plate was covered in a thick film of bacterial growth for us to use as paint. The bacteria were not fast-growing, and so it took a while for the lawns and subsequent painintings to grow into their final state. When the plates were rich with bacteria our “paint” ready to used on our “canvas” – fresh Petri plates ready for us to paint upon and let grow into whatever we could imagine. I stopped for a moment – I have some artistic leanings so the possibilities swirled around in my brain of what to do, till I settled on Mr. Dtoid. Serving as the icon of a site I had grown to love, I figured it’d be cool to do him up in a way I was relatively sure no one else would have ever done – and hopefully I could do a simple enough mock-up of him that would make painting him possible. And so using toothpicks I crafted him using a few different strains including an orange contaminant that had recently gotten into the lab. 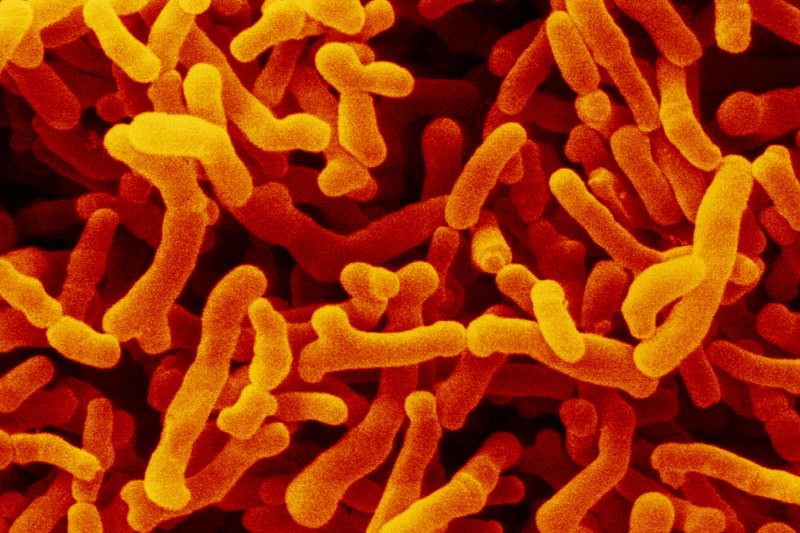 Regrettably, there were a few issues. The first was that the green colony we had that I used had turned lighter orange in the process of growing so it wasn’t green after growth. The second issue was that regrettably the contaminant being used was a poor choice; colorful though it may have been it was also fast growing and overtook parts of the Mr. Dtoid avatar. Still, for a first go-round, I’m still proud and happy with it, and these issues can someday be corrected if I get the chance to once more paint with bacteria, celebrating a love of mine in the field of science and a site I still hold in quite high regard. And someday hopefully I can make something up to the higher levels you see in this field a la this.

Thanks for reading, and I’d like to offer to you an invitation to share your own Mr. Dtoid in the comments below.  You a good drawing person? Why not submit a drawing of that robot we’ve come to know and love? Etch Mr. Dtoid into your flesh in tattoo form? Why not submit that and talk about why you did it, and how you went about getting it done? Have some spare clay/human flesh just lying around going to waste? Why not sculpt an effigy of the God King of Destructoid that all may know of his everlasting glory? The choice is really only limited to your imagination, and I’d love to see if some of the artists or various people from all walks of life Dtoid hosts would like to toss something into the mix. If there’s enough of a response I’ll see about slapping together a follow-up blog, and if not, c’est la vie.