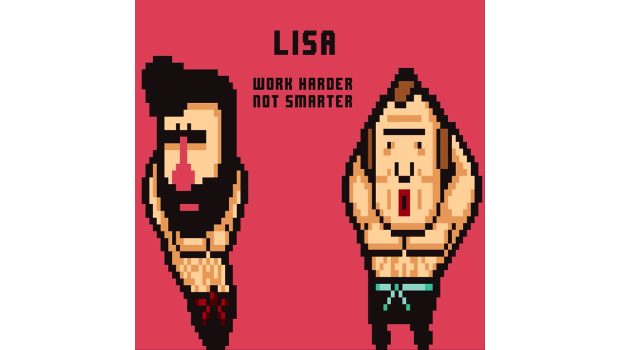 A week and a half ago on Sup Holmes (now on iTunes) we welcomed Austin Jorgensen to the program. Austin is a professional martial artist who was inspired by the SNES classic RPG Earthbound to start making his own videogames. Austin’s first game, aptly titled Lisa The First, was inspired by some undisclosed “bad stuff” that happened between one of his former girlfriends and her father. It was stuff that would never go away, and would never stop affecting her.

What do you do when you’re faced with something that leaves you completely powerless and lost? If you’re Austin Jorgensen, you make a videogame about it.

Austin has gone forward from that perspective with a new game called Lisa the painful RPG. While the scenario is different from Lisa The First, the theme of being haunted by the awfulness of a man remains the same. The major difference is, this time it’s not just one man, it’s all men, because men are the only ones left. In a world with no women, there’s no hope for a future and no reason to even try to be anything but terrible. Drug addiction, prostitution, and cannibalism are inevitable in a world like this, but so is the capacity to maintain some form of compassion for other human beings… right? We’ll have to play the game ourselves to find out.

These are just a few of the things we talked on the show, and it only got more interesting from there. Why not twiddle away your precious time on this planet with a listen, and while you’re at it, come on back this Sunday when we welcome Ackk Studios (Two Brothers, Y2K) to the live show at 1pm PST/4pm EST. It’s going to be a treat!