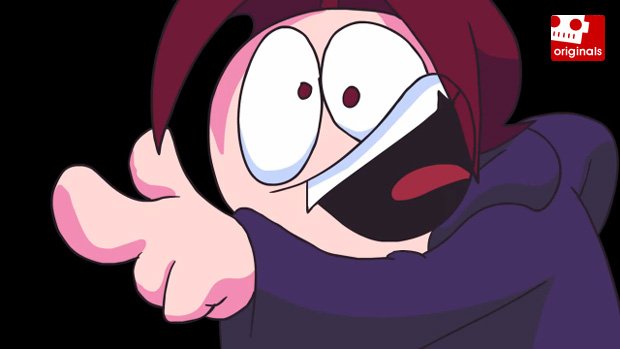 Artist, voice actor, melon farmer — that’s Arin “Egoraptor” Hanson in a nutshell. He launched into stardom on the Flash repository Newgrounds with his Awesome series, videogame parodies ranging from Metal Gear Solid to Knuckles’ Chaotix, then branched out into other projects like the anime spoof Girlchan in Paradise. Outside of his own work, you can hear his distinctive pipes in various cartoons and even a few games.

Last year, he kicked off Sequelitis, a games analysis series on YouTube that observes the shortcomings, improvements, and other general differences between videogames and their sequels. It’s a study in game design that is both knowledgeable and entertaining, and it demonstrates Ego’s ambition to understand why we love the games we do.

His most recent venture was as a cast member on Sony’s reality show The Tester. Unfortunately, he was eliminated three episodes in. I got in touch with Ego to ask about his love for game design and his reasons for creating Sequelitis, but I simply had to stoke the reality show fires first, so… 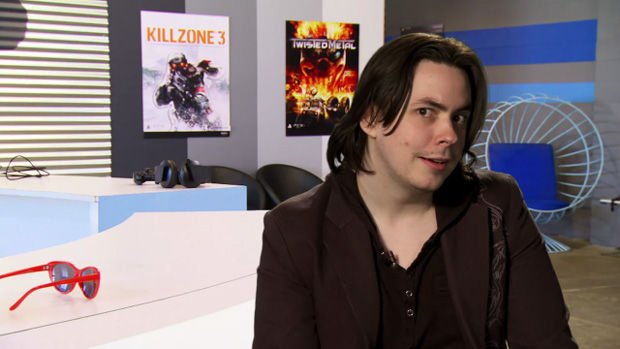 Let’s address the elephant in the room first and just get it out of the way quickly: The Tester… your thoughts?

The Tester can lick my nuts.

I’m sure if anyone really wants a QA job, there are plenty of places that would hire them for a few months then turn their ass out without a second thought.

I don’t want a QA job. Going on that show was just kind of a joke.

At least you were quite committed to the joke! I applaud you. I mean, you’ve got a thing going already that seems to work. You do want to work on a game project eventually, right? I know you’ve done VA for a title or two in past.

Yeah, I’m making a game slowly right now. Kind of on the back burner, but you know.

What kind of game is it? Is it a solo project or do you have a few friends on the team?

It’s a platformer. Right now, no one’s involved, but I plan to, when it gets into a stage where the design is solid enough, hire a programmer.

Is it going to be one of those art house things or will it be a game that people actually enjoy?

Yeah, you know. Like The Path, where you are told to walk down this path but then you lose the game if you walk down the path. The games with a “message.”

It’ll be well designed and will hopefully make the player feel something. 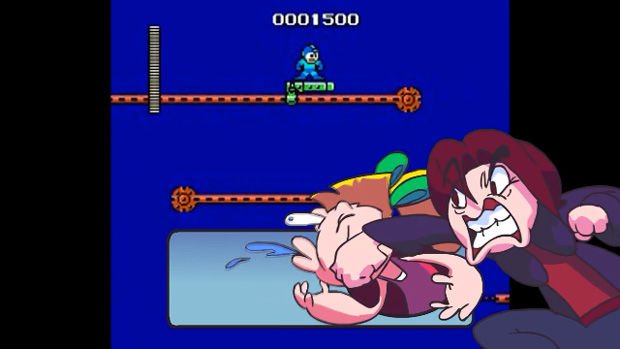 Game design excites me because it’s a medium I feel, like, no one understands and yet so many strive to. It’s like a new art form that isn’t developed or matured, and it’s fun to study. It feels like uncharted territory.

Was it something that has always fascinated you, or did it just click in recent years?

It was a recent discovery, yeah. I’d always liked games and, I dunno, I guess when I was younger, game reviewers always struck me as pieces of shit. Even at a young age, like, who the fuck are you to say games are good or not?

And their grading systems sucked.

Sounds like there was a very specific boiling point.

Yeah, I dunno. The gaming community seemed like a big circle jerk, and I wanted to get a little more cerebral about it.

I understand what you’re saying. Game criticism isn’t just about ticking boxes on a grading rubric.

Well, you know what? The actual point where I was pissed off to the point of wanting to do something about it was reading the GTA4 review on IGN. When it first came out, they gave it something obscene like a 10/10, and the entire review read like a tutorial or a manual. Just saying what the game is and then there was, like, a tiny blurb at the end that’s like, “GTA4 is good but it has some flaws. 10/10.”

And it was seven pages long. 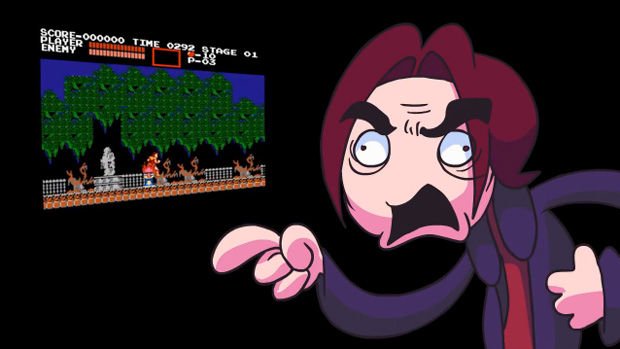 So how does that tie in with Sequelitis?

Because Sequelitis is not that. I want to try to talk about games on a level that explains why they’re good or bad instead of like, oh, this game has good graphics and it’s really epic. Like, that has nothing to do with why games are good. It’s just easy, and it’s easy for companies to rely on shit like this to sell shitty games.

Would you also say that a lot of what makes a game good is the feelings it inspires in people, even if some aspect of the mechanics is really wonky or dated?

Yeah, definitely. I want to make videos on about games that really inspired me or made me feel some way. I’ve wanted to do a video on Bullet Witch for a long time, which by all accounts is an awful game, but I can’t stop playing it.

Really? What is it that has you mesmerized?

It just tries does a lot of really strange and interesting things. Like for one, it’s this sci-fi world that takes place in a normal town. You start the game in, like, this really believable suburbia, and there are these zombie things attacking you. It’s not, like, themed to be all dark and shit, you know, like Left 4 Dead, where it makes sense there are zombies and shit because it feels like a zombie movie, but you’re just in this clean neighborhood and, oh shit, zombies! It’s really creepy and it makes you uncomfortable in a good way.

There’s also a boss fight on a jetliner, like, on top of it while it’s flying. It’s not like a sci-fi jet fighter or something. It’s just a normal plane. It’s fuckin’ weird. I love it! 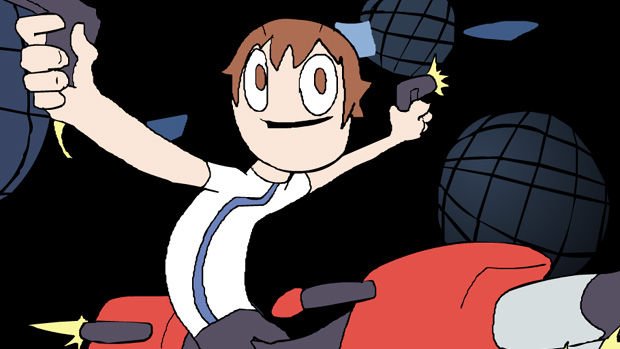 Um, I think that’s a generalization that can’t be made since there are plenty of game makers both then and now that went both ways.

It just takes a game maker whose ideals are on that path.

By the way, sorta related, but have you heard of that Mega Man X iOS remake?

Have you played it?

No, but I saw a video of a playthrough. That was enough.

I played it for review the other day. It’s like… when your dog gets fixed and it’s your same dog but he just doesn’t have any zest for life anymore. You talk about “challenging expectations.” Well, I certainly wasn’t expecting that.

Does this mean we can expect an “Awesome Witch” in the future?

Ha ha ha! No, probably not, but definitely at least a vid on the game itself.

How exactly do you decide when a game should get the “Awesome” treatment, anyway?

If I come up with a good joke that’d work well animated. That’s it, really. 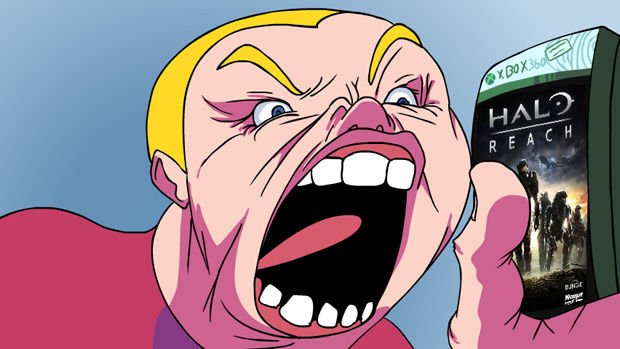 Like fans’ insatiable hunger for Halo: Reach, for instance. That one was just… wow.

Ha ha! Yeah, that was kinda the epitome of that concept. I came up with it late at night, and I told myself if I woke up the next day and wanted to do it, I’d do it. And I woke up and was fired up and I was like, alright, here goes.

I seem to recall your not being that big of an FPS player.

Well, I just don’t like games that are samey, you know? Like that whole wartime realism bullshit is so old, and then they all have these aspects that are really condescending and overdone. FPSes just have a hard time straying from what did well in the past.

Like, Tribes: Ascend just came out and I fucking love it. It’s so fresh. I mean, granted, it’s just like the old Tribes games, but in a sea of realism, jetpacks and skiing and Spinfusors are SUCH a relief.

Sometimes you have to go back to go forward.

Yeah, take a step back kinda thing. Portal is also good ’cause it does something different with the feel of a first-person perspective.

Exactly. First-person gaming doesn’t have to be limited to a single genre. I don’t want to keep you any longer, but I’d like to know what your next Sequelitis is gonna be.

Uhhhhhhh, good question… I think it’s going to be Link to the Past vs. Ocarina.

That one’s gonna be divisive for some folks, I bet.

Yeah, it should be a hoot. I try not to be too like controversial, just straight, which will have its benefits, I think. People look too hard at which is better, and I just wanna compare them, like, what did either one do right. 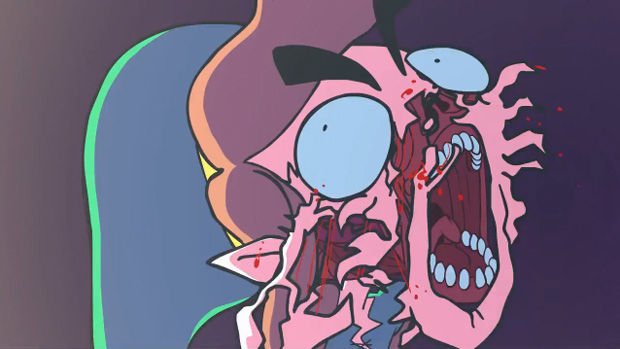