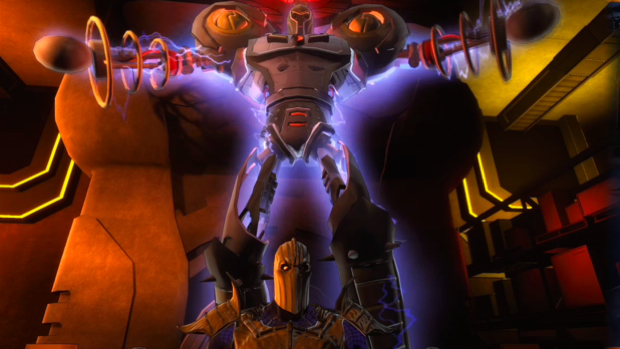 Champions Online is an MMORPG I plan to spend a lot of time with. Late this afternoon Cryptic Studios — the developer of the title — released a new trailer for the game that exclusively deals with the creation of the nemesis character.

After forging your own unique hero, you’ll be tasked with creating his or her arch nemesis. These powerful baddies will challenge you throughout the Champions Online experience and probably shadow your character as he grows and learns new abilities. I plan to create Ron Howard. You may choose someone or something decidedly less evil.

Hit the break to check out the trailer. News on Champions Online will probably heat up soon. Strategy Informer (via Giant Bomb) reported earlier that the game is set to hit PC on June 14. That’s not too far away, folks. Get pumped.