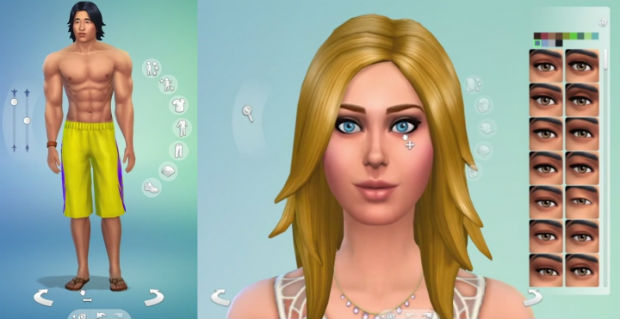 Available now on Origin, you too can create various facsimiles of human life with The Sims 4‘s Create-a-Sim demo. The demo will give players a sneak peek into the new Sim creation process, which looks a lot more involved than in previous titles. But being honest, when I set out to play a “serious” Sims game, I would just make default characters and lock them in rooms without doors so they’d eventually have to urinate on themselves.

Now, I personally will be waiting for the full game because the only joy I get out of The Sims anymore is creating various anime, TV show, and movie characters and making them get married. Oh Vegeta, you and Beverly Crusher have such beautiful children.