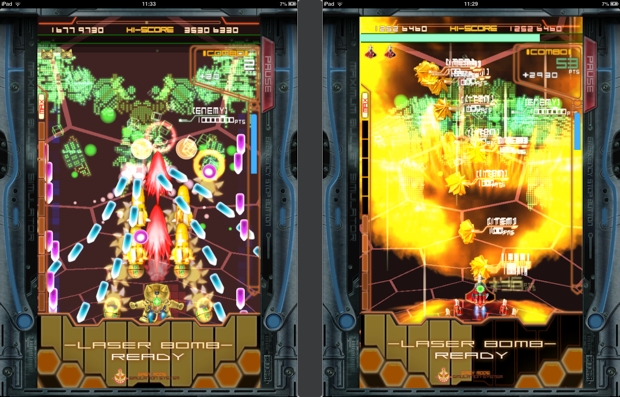 Cave is arguably the best thing to happen to mobile gaming. There. Said it. I seriously suck at bullet hell-type games, but I still have to get everything that Cave sends your way for iOS devices. They’re that good.

The next thing you should follow me in getting is DoDonPachi Maximum, which launches for iOS platforms on October 26. In it you’ll take a ride on the MBS, also known as the Maximum Bullet Simulator. Dying is fun! You’ll also be able to pilot ships from series titles Blissful Death and Resurrection this time around.

A new Easy Mode for the iOS version is going to save my ass. Expect unlockable ships that will become available as you get better at the game. For me, that’ll never happen.

In our gallery you’ll find screenshots from both the iPad version and the nice and long iPhone 5 version.