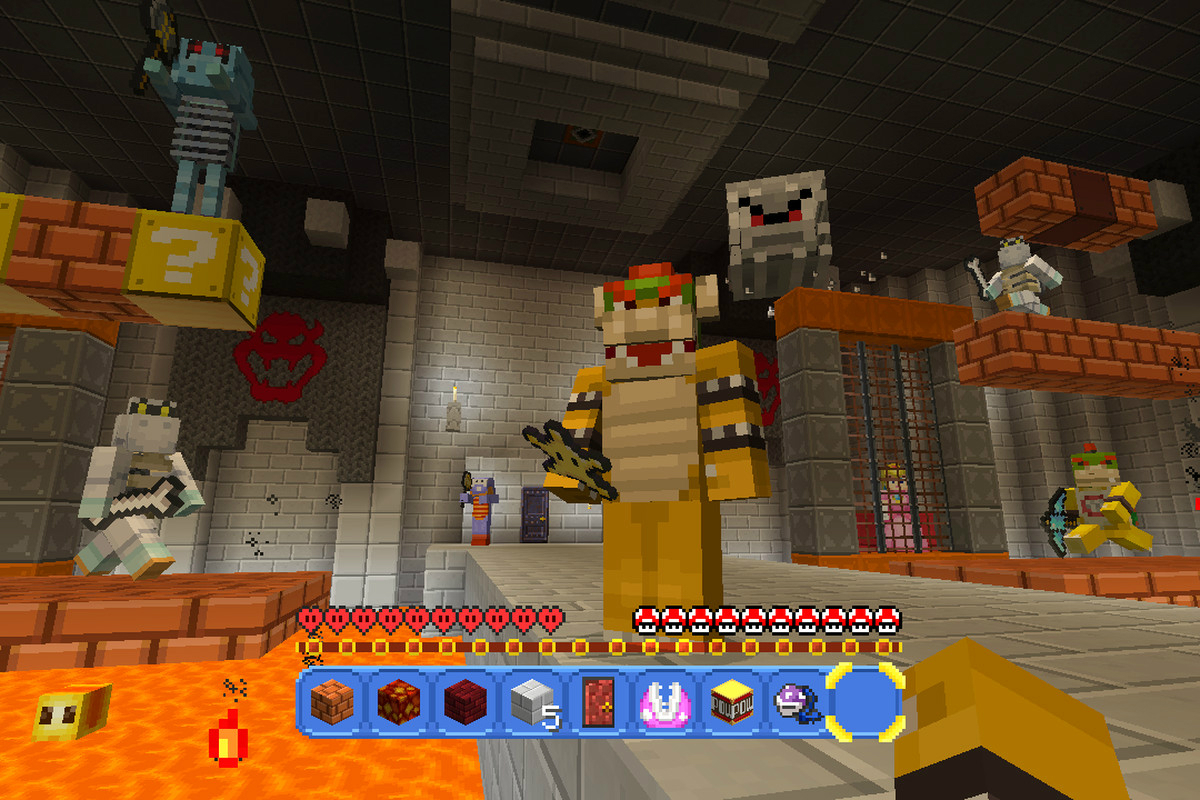 Recently folks have had some issues with the Switch version of Minecraft, most notably the “ghosting” problem where the Home and screenshot buttons would randomly operate without the player’s consent. It was a hilarious bug that no doubt caused some people to check behind their TVs and check their Zillow listings to see if anyone previously died in their house, but it came to an end several days ago due to a patch.

Also on the docket is a 1080p patch, given that the game currently is locked at 720p in any mode. The reason it hasn’t come yet is because 4J (and by extension now, Microsoft) hasn’t had much time to work around the portable and TV modes — as switching between them has created new challenges.

While annoying it’s still early yet in the Switch’s lifecycle, so I’m betting developers nip this issue early. Still, you have to deal with some framerate drops, and 2GB save files that are currently locked to internal memory (even if you just save one tiny world). The latter is the most annoying to me, as I have a giant memory card inserted and can’t transfer it over.