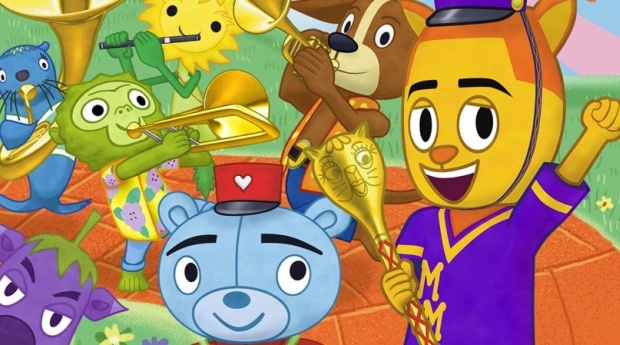 If Major Minor’s Majestic March is on your radar, it’s there for one of three reasons: It’s being designed by Masaya Masuura (better known as “that Parappa guy”), it looks pretty damn good, or it was ingrained in your head thanks to Destructoid edior-in-chief Nick Chester’s flawless one man performance of what should be the game’s theme song. Go ahead, listen to it again. It’s that good.

Anime News Network reports that we may have more to look forward to than just the game — Major Minor’s Majestic March is being adapted into a series of shorts for Japanese station Fuji TV this month. Called Meja-Maji Quiz, which has Major Minor (or Mejama-kun, as he’s called in Japanese) challenging viewers with a series of quizzes, which will air daily from April 19th-April 21st.

The shorts will also stream on the official website, so if your Japanese reading skills are up to par, go have a look and see what’s brewing. Make sure to sing Nick’s version of Major Minor as loudly as you can as you do so, okay?