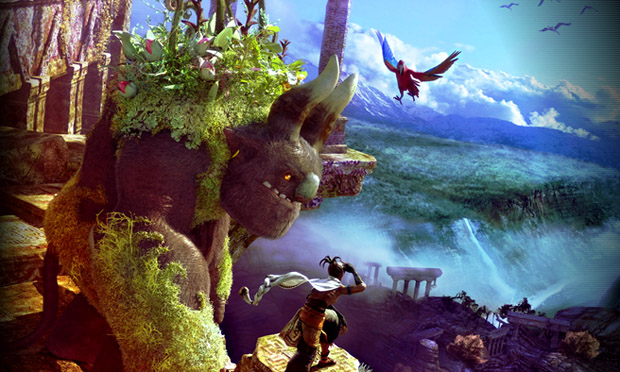 We first heard about the new IP from the makers of PS3 game Folklore last year during Gamescom. Since then, not much has been heard about Game Republic’s Majin: The Fallen Republic. Now a new Japanese teaser site launches, complete with images and a new video.

I don’t know what it is. Perhaps its that whole human-with-a-bigger-creature thing that’s throwing me off, but Majin reminds me of some other games. Not that that’s a bad thing, mind you. Where are the Wild Things anyway? Prince of Tomb Raider? Ground shaking noise? Big Daddy? I hope it’s not trying to be a The Last Guardian, though. Judging by looks, there’s no comparison. You need giant bird dogs to win me over.

Whatever it looks like, Namco Bandai will be releasing it this summer on the PS3 and the Xbox 360. To hold you over, check out the teaser webpage.