Reeducation is in order

So I was excited when I heard about Majestic Nights, a conspiracy driven, episodic adventure game set in a neon-soaked hyper-’80s, a la Hotline Miami. I was hoping for John le Carre meets Scarface. What I got was X-Files fanfiction meets a game I don’t want to play. 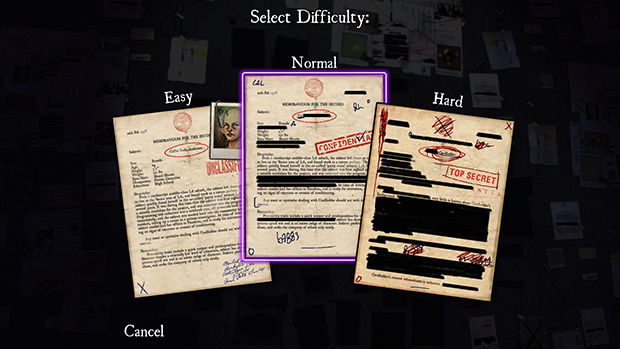 Spy lingo is a tricky thing to write. You have to nail it, or it just sounds like a bad SNL sketch riffing on Watergate. To give you an idea of how Majectic Night’s handles its conspiracy fiction, the game starts with ripping off a scene from Justice League Unlimited, a cartoon. Set your expectations accordingly.

The writing goes downhill from there. Lots of hush-hush doubletalk that never seems to come to anything and spy slang that is obnoxiously outdated even for the ’80s. The weak writing is a major problem since talking to people is the bulk of the game. You control the requisite retired super spy, John Cardholder (seemingly a nod to The Venture Bros.), who is scouring the seedy underbelly of 1980s LA to find a movie director (heavily implied to be the real source of the famous Kennedy assassination Zapruder film footage) for reasons never fully explained.

“Scouring” in this case mostly means bouncing between one highlighted person or another and clicking through dialog options that barely seem to matter. Since Majestic Nights drops you into its world with no context or history to go by, but everyone seems to know Cardholder, all of these exchanges are basically guessing games. I’m not sure you can even fail, though — click enough options and eventually you’ll get your way. 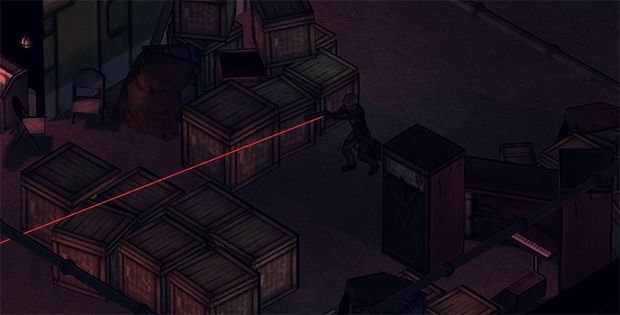 There are a few occasions that let you get down and dirty like a real spy, but after a few minutes with Majestic Night’s action scenes, you’ll be dying to get back to the stilted dialog. There is a wishy-washy stealth system that rewards you for staying in the shadows, some horrendously awkward gun play, and the game claims it has a cover system, but every time I attempted to use it, Cardholder just tried to rub his face through the wall until I disengaged.

Majestic Nights could use more time in a smoke-filled room working on its cover story. There may be an interesting game buried somewhere in there, and I still like the atmosphere (the synth-heavy soundtrack is fantastic), but right now it just feels unfinished. This is one agent you can leave stranded in the field and not lose sleep over.