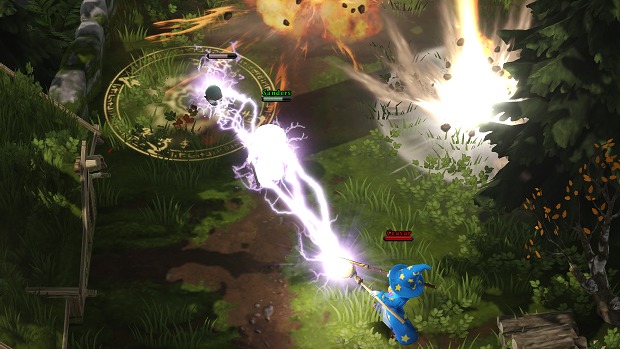 We’ve seen footage of Magicka: Wizard Wars previously, and some have been playing the alpha for the competitive multiplayer take on the 2011 element-combining “cooperative” adventure. Today, the Early Access version is available to all who want to try it out and see just how quickly they can accidentally drop a meteor shower on their own teammates.

There are a few bonus packages available for early adopters, ranging from a special dagger and staff for users who just sign up to a host of forum avatars and in-game items for those contributing up to $49.99. The developers will also be doing a Q&A livestream event on Paradox’s Twitch channel on October 17th at noon Pacific Daylight Time.