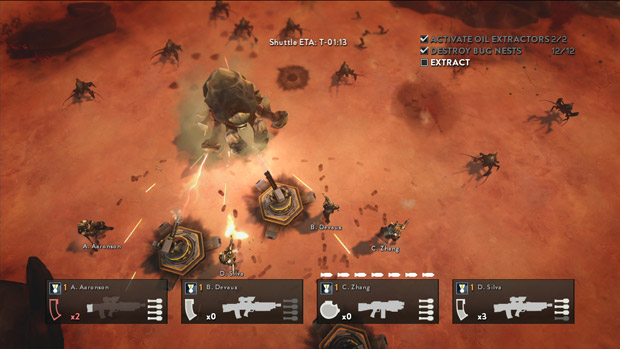 The new game from Magicka maker Arrowhead Game Studios was announced during Sony’s gamescom presser and it’s a step in a different direction. While Helldivers is still very much focused on cooperative play, this title is actually a squad-based overhead shooter.

Helldivers will be cross-platform and has been announced for PlayStation 3, PS4, and PS Vita. Reminds me of Starship Troopers, which is a great thing to remind me of. The only good bug is a dead bug, as they say. Better take friends.