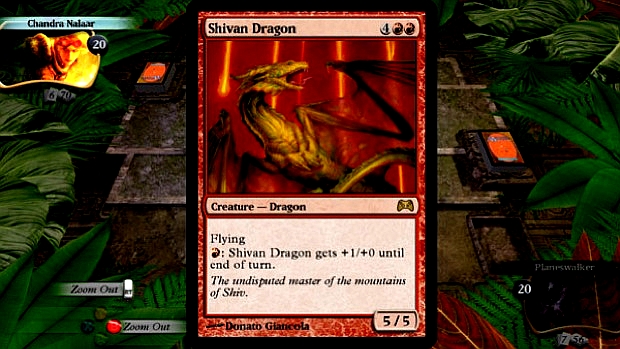 The studio behind Xbox LIVE Arcade title Magic: The Gathering: Duels of the Planeswalkers “have a bunch of DLC planned,” but the optional content won’t be offered like many fans have imagined. Instead of traditional boosters, Stainless Games will provide entire decks. In other words, there won’t be any random cards or buyer’s remorse: you know what you’re going to get when you buy it.

“A good way to think of it is like the old theme decks or our current intro decks. It’s that kind of option to add onto your gaming experience,” Magic senior brand manager Worth Wollpert told us. “And it’s all set. It’s not randomized at all.”

Curiously, the price of the downloadable content is still in the air. Apparently Microsoft will have the final word on what the DLC will cost.  “As far as price, all that stuff is dictated by Microsoft,” Wollpert said. “The game itself came out at 800 [Microsoft] Points, which we think is an absolute steal of a value, frankly.”

When asked if Microsoft was publishing the title, Wollpert responded with a yes and noted, “but they set all of the pricing for the platform. All of it. We get input, but the final decision is all theirs.”

So, yes, Duels of the Planeswalkers will have downloadable content and it won’t be ticky-tacky booster packs with random cards. You’ll be buying decks modeled after the eight or so included with the game. Not bad, but we’re still wondering about the price, specifically what Microsoft will decide the DLC is worth worth.