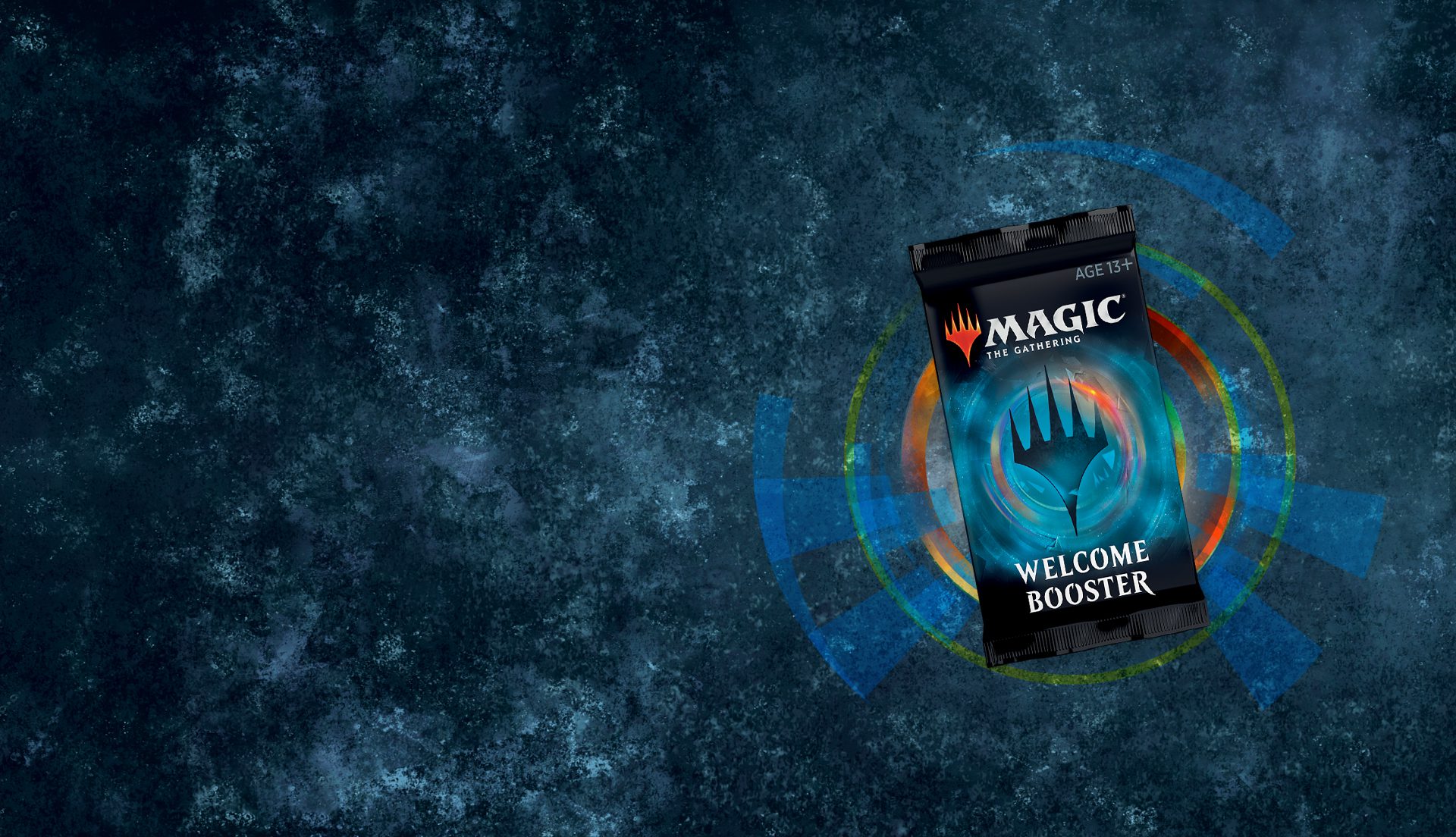 For many years, Wizards of the Coast relied on “Welcome Decks” to woo in newcomers. But as a reminder, Welcome Boosters are the hotness as of mid-2020.

Wizards came to this conclusion over time through careful study, and enacted it last year. Jacob Nourigat, In-Store Play Specialist noted that “less than 5% of engaged players learned with a welcome deck.” Oh, and that they don’t “showcase the real fun of Magic.” Naturally, things needed to change, so they’re revamping the system with Welcome Boosters. These shifted into the meta when Core Set 2021 hit.

So what’s the difference?

Well these new packs of 10 cards include powerful rares (Niv-Mizzet, Parun, an actually powerful card, is one example), and a Planeswalker. In case you were wondering, Niv was not printed in Core Set 2021, and this printing “has no effect” on the card’s legality. Ah the memories of using it in standard! “All five colors” will be represented in Welcome Boosters, and “in certain regions” a code for Magic: Arena will be included that you can use for an “introductory deck.” Ah, there we go, that’s going to be the big strategy going into 2022.

Arena has been pushed more in general this past year, as “Arena Starter Kits” will rolled out to stores, which contain two 60-card decks with two foils, rulebooks, and more Arena codes. If you’re part of the Wizards Play Network (WPN) you’re eligible for five Arena starter kits, which are “store decks, not meant to be given away to players.” All of this is also part of the plan to get people playing in stores again.

It’s a smart play and one worth revisiting as stores are opening back up in many regions. If the data is indeed correct and “less than 5%” of people were even using the Welcome Decks, then it was time for a change. And what better way to entice players into Arena (a strategy that Wizards has been using quite a bit these past few years) than to remind people that it exists with free promos?

Filed under... #Magic the Gathering#mobile#PC#Wizards of the Coast