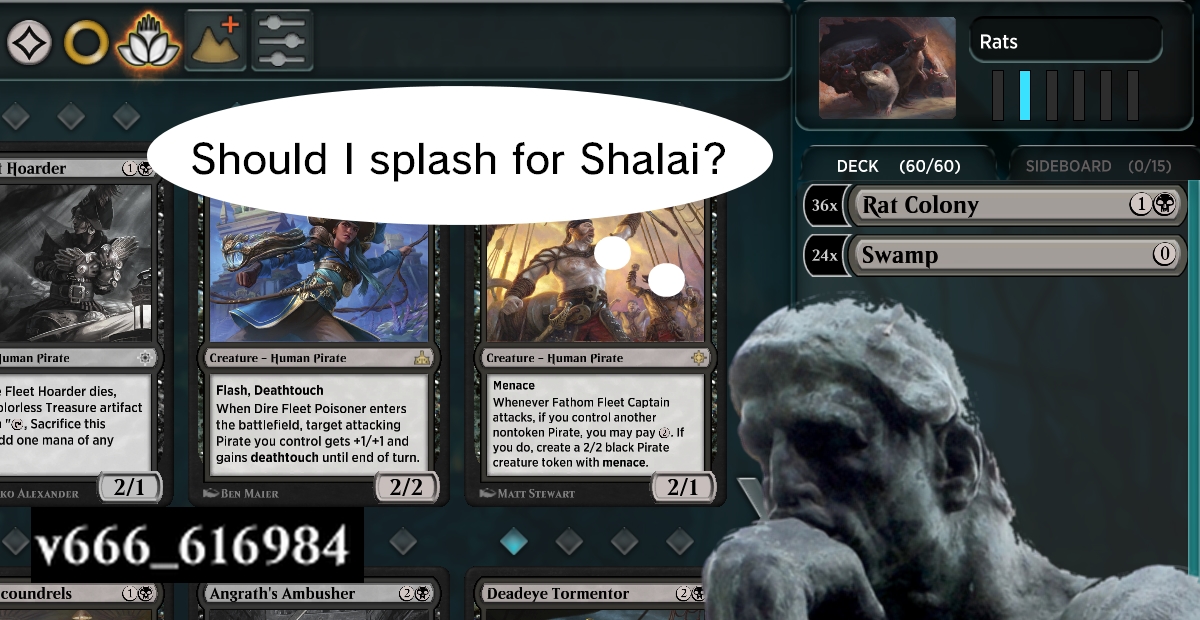 On your mill step, I flunge my Lhurgoyf for three and concede

Magic: The Gathering means a lot of different things to different people. For some, it’s a highly competitive game where the meta has to be followed and the sideboard is always ready. For others, it’s a casual kitchen table game to play when friends are over. Some just use it like a stock market, speculating with card value and complaining when card reprints drive prices down.

For me, the game’s associated with a lot of high school memories. My friends and I decided to buy an (awful) intro pack each. Despite a pact to never buy boosters to avoid being overpowered, we all succumbed to the temptation in time. Eventually, we went to Friday Night Magic and prerelease and everything… Until adulthood came along and we had stuff like responsibilities and living in different cities getting in the way. Years pass, and now I couldn’t even remember my DCI code to sign up for this closed beta! Thank goodness Destructoid is here to bail me out.

Just as there are so many different ways to enjoy Magic: The Gathering, there are also many angles to consider with its newest digital adaptation. As such, I’ll take a page straight out of Dominaria‘s Sagas and split my impressions of the closed beta into three parts. 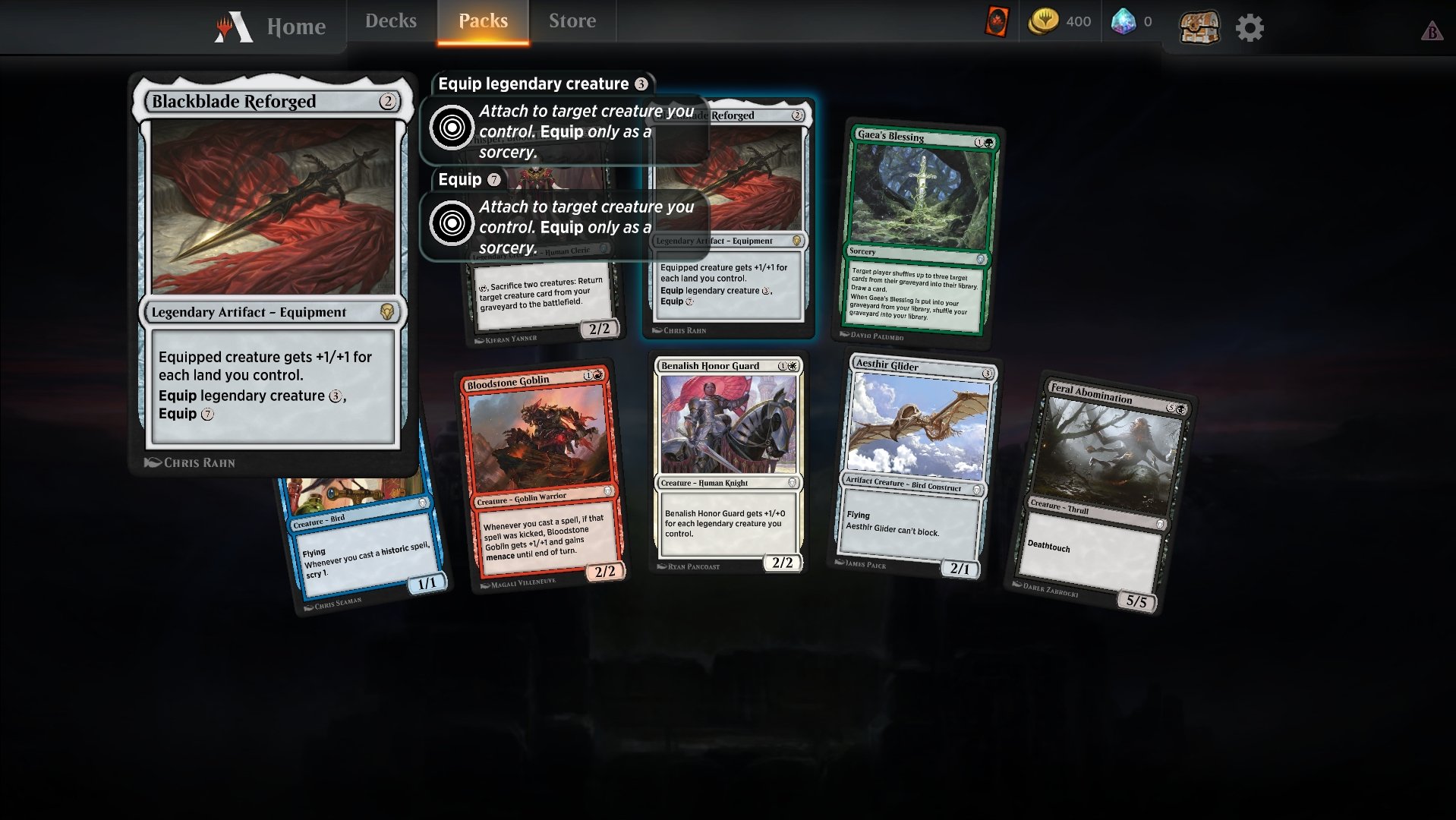 Magic: The Gathering has never been the most beginner-friendly card game for a couple of reasons. One of them is the sheer variety of cards effects accumulated over the years, many of which being reduced to simple keywords like “Hexproof” or “Prowess.” The ability to learn what an effect does by hovering over a card, both in the booster opening screen and the deckbuilding screen, does a lot to help.

The game starts you out with ten prebuilt decks that are genuinely well built, with strong synergies and potent cards. These also do a great job of teaching players the basics of how a Magic: The Gathering deck is built. Oh, I can try something focusing on a creature type like the Merfolk deck! Hey, that exploration deck really worked nicely, I wonder if there are more mechanics I can build around like that?

Arena currently features cards from the last year of standard sets. Those are Amonkhet, Hour of Devastation, Ixalan, Rivals of Ixalan and Dominaria. While five sets of cards to play may still sound like a bunch to take in, especially compared to other online collectible card games that started out with just a core set, it’s a lot more manageable than it seems at first. The two Amonkhet sets share a lot mechanically. The two Ixalan ones do as well. As such, the selection seems just right to give new players a grasp of the mechanics without ignoring the depth of the game as a whole.

The interface is heavily inspired by Hearthstone. Creatures lose all text while they’re on the battlefield unless you hover over them. Clicking the board creates dust clouds. You can click on your hero to use quick chat commands. It’s not the most creative interface, but it works. Unlike Magic: The Gathering Online you don’t have to click your way through clunky dialog boxes, and lands can be tapped automatically if you so choose (which may not always be the optimal play, be warned). It’s snappy, it’s pretty, and it’s fairly simple to get into.

All that being said, if you’re a beginner, the Magic: The Gathering Arena closed beta is not for you. Not yet. Without any friend list or way to play single-player yet, you’re forced to go against opponents online who will try their hardest against you. Hopefully, these features will be added by the time the beta opens up — I believe the game already shows a lot of promise as an introduction to Magic. With a smoother transition towards online matches, I bet most beginners will have a great time. 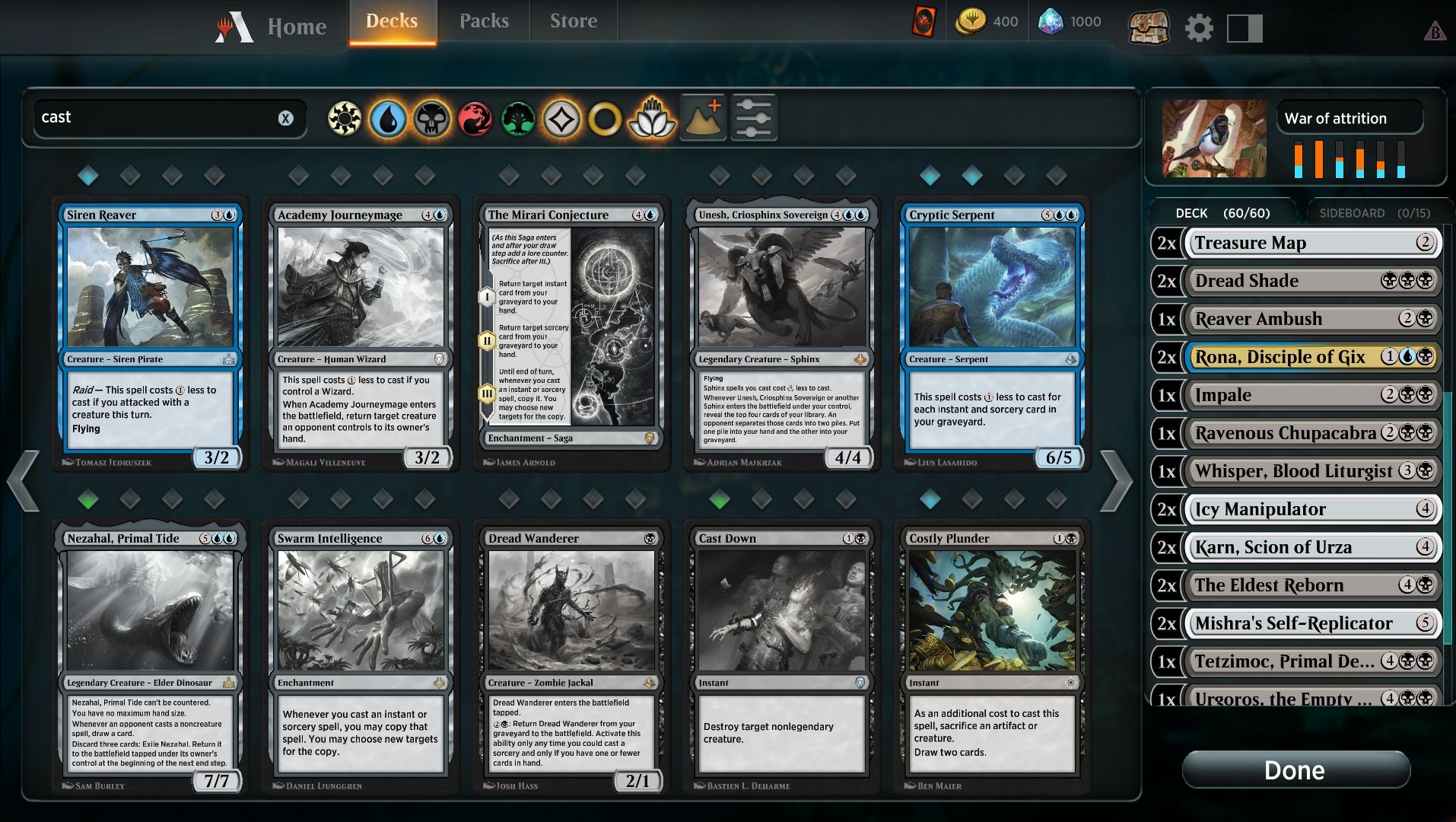 Once you get some experience with Magic: The Gathering, brewing a deck you can call yours is one of the most enjoyable things about the game. That’s why I’m glad to say that Arena already delivers quite nicely on that front.

The deck-building interface can seem overwhelming at first. A tutorial that shows you what the buttons and dials do the first time you reach this screen wouldn’t hurt. Is it really that obvious that a white flower means “cards I don’t own,” and that a gold circle means “multi-colored cards”? But once you tinker around and get used to it… It’s really, really nice. Making a mechanical or tribal deck is a snap because the search bar just works. Search for “reach,” search for “explore,” search for “elf,” you’ve got it. It’s really easy to find cards that fit what you’re looking for without knowing the name of the cards themselves.

Arena‘s fast pace means testing a new deck and failing doesn’t feel like a huge waste of time. Some quirks of the simplified controls can lead to missed plays that wouldn’t happen in real life, however. Clicking on creatures during the attack phase means choosing them as an attacker, but if you judge your timing poorly you can sacrificing some by accident — with no way of undoing that action that I can see. A setting to enable confirmation windows with dangerous actions could be a smart addition in the future.

Free-to-play players are getting a decent amount of cards for their time being put in. Completing your daily quests and winning four games a day gives you roughly ten boosters a week — or five boosters and an entry to a draft event. As long as you’re not expecting a specific card, the constant stream of new stuff has been enough to keep me playing daily. And these daily boosters have given me plenty of ideas for new brews as well.

While the deckbuilding experience is great, a more seasoned player will most likely be hungry for additional more game modes. Right now, the only way to play is by building a standard deck or by drafting during draft events. 60+ card decks, two players, no more than four copies of each card unless otherwise stated. That’s all you get. We can only hope that by launch, more multiplayer-focused formats like Brawl, Commander or Two-Headed Giant will be added.

Arena wins over other freemium collectible card games like Hearthstone and Fable Fortune in mechanical depth. The pool of card abilities in the last year is enough to keep battles engaging and brewing interesting. It also compares favorably to Magic: The Gathering Online in visual polish and pace. That’s why I believe that non-competitive players that already have experience with Magic: The Gathering are likely to have the best experience with Arena as it is currently. 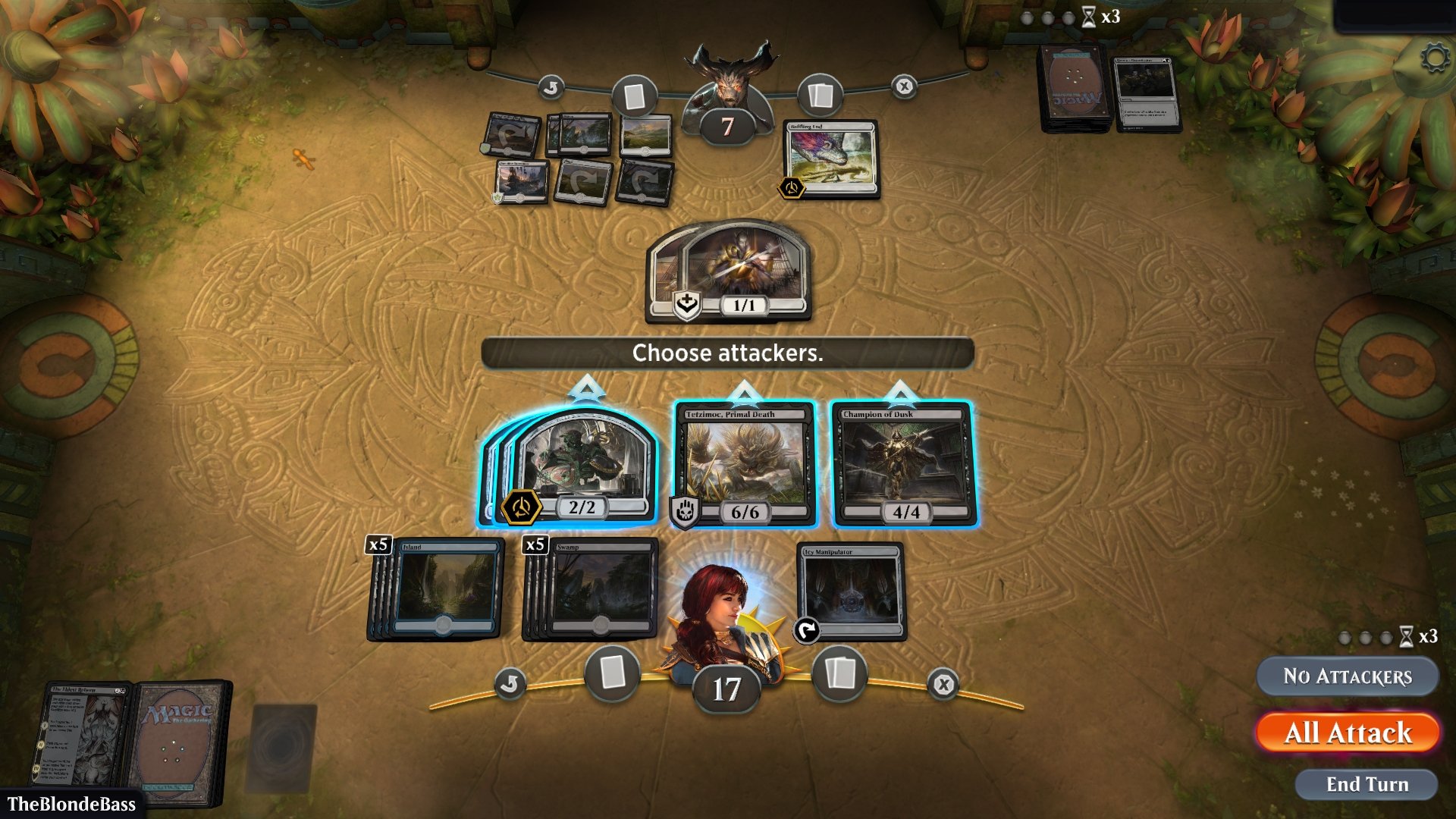 The competitive scene is the audience that Magic: The Gathering Arena might have the most difficulty reaching. I see two big hurdles getting in front of the game’s adoption:

The closed beta does not have any way to play best of three yet, either. We know it’s coming, thankfully, which is one step towards attracting a more hardcore audience. But until there’s a reliable way to build a specific decklist without buying a crazy amount of booster packs, I see competitive constructed players giving Arena a pass.

Magic: The Gathering Arena has the making of a winner in a crowded market. It’s got the quality-of-life elements to appeal to newcomers to the game. It’s got a robust deckbuilding experience for the more seasoned players. It’s fluid, fast and fun. As the game progresses after the closed beta and gets additional features to play with and against friends, this could end up a historic launch.

Get it, because historic is the new keyword from Dominaria which describes Artifacts, Sagas, and Legendary cards? No? Okay.