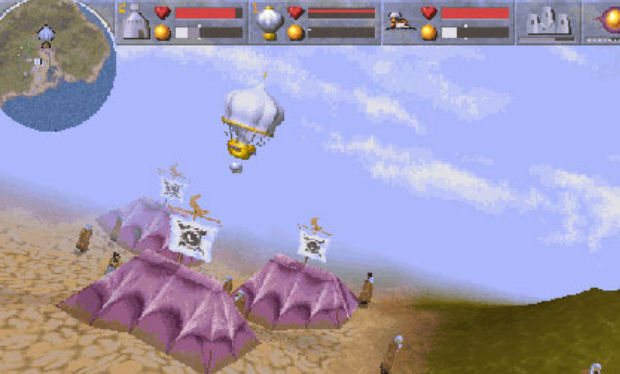 I have not thought about Magic Carpet for at least ten years, and I never imagined I’d be writing about it today. The venerable Peter Molyneux game has been rated by the ESRB for release on the PS3 and PSP, doubtless meaning that it will join the PSOne Classics store.

As well as Magic Carpet, the ESRB has also rated Sorcerer’s Maze. If you’ve never heard of that one, it’s basically Arkanoid but with slightly more sorcery involved. Magic Carpet is better known, regarded as an old Bullfrog classic by fans. It probably sucks more than you remember, but for $5.99, it may be worth a nostalgic trip.

While we’re putting old Bullfrog games out there, will someone be a dear and re-release Dungeon Keeper?