As you may have heard, Wizards of the Coast introduced a “season/battle pass” concept into Magic: Arena, and in an unprecedented move, locked daily XP gains. It was weird for numerous reasons: you pay for the pass only to get locked out, and players who couldn’t play every single day lost out on a ton of XP. The system is changing a bit to solve at least half of the above issues.

As of this week, the battle pass system (called mastery) is being reverted back to the 15 weekly win reward format. Within the course of one week each win will net you 250XP, so you don’t need to log in daily to progress. As a result daily wins don’t give XP anymore, and quests will give a lowered amount of XP (500), but the compromise is that more weekly XP is doled out overall, and is now more accessible: all of the modifications can be viewed below.

I’m mostly satisfied with this, but even after exhausting all your quests and the 15 wins per week, it feels weird to have a premium pass that costs real money where you can’t grind for XP. Still, I’ll live with it. You can see how vastly improved the experience is for once-a-week players, as they can now reach level 67 of the pass (of 100) without codes, compared to the previous system limiting them to 32.

Future possible changes include the removal of buying levels (a common theme for battle passes) in an “in your face way” (it might come back in a less obvious portion of the UI), and more “catch up” mechanics could be implemented in the next mastery pass. Wizards also contends that 15 levels of XP this season will be granted through events and codes.

Codes you say? Well it’s a good time for those. You can grab a free Chandra Planeswalker deck here, and recent codes include “BroughtBack,” “PlayM20,” and “LevelUp.” You can find Planeswalker-specific codes here.

Developer update [Wizards of the Coast] 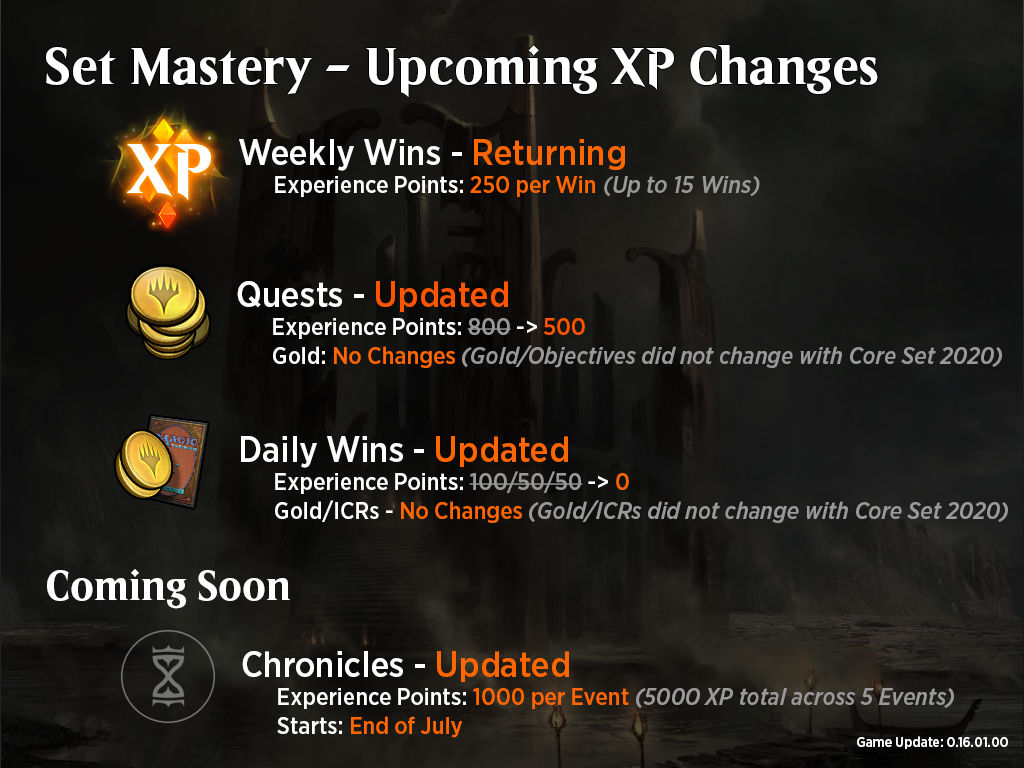 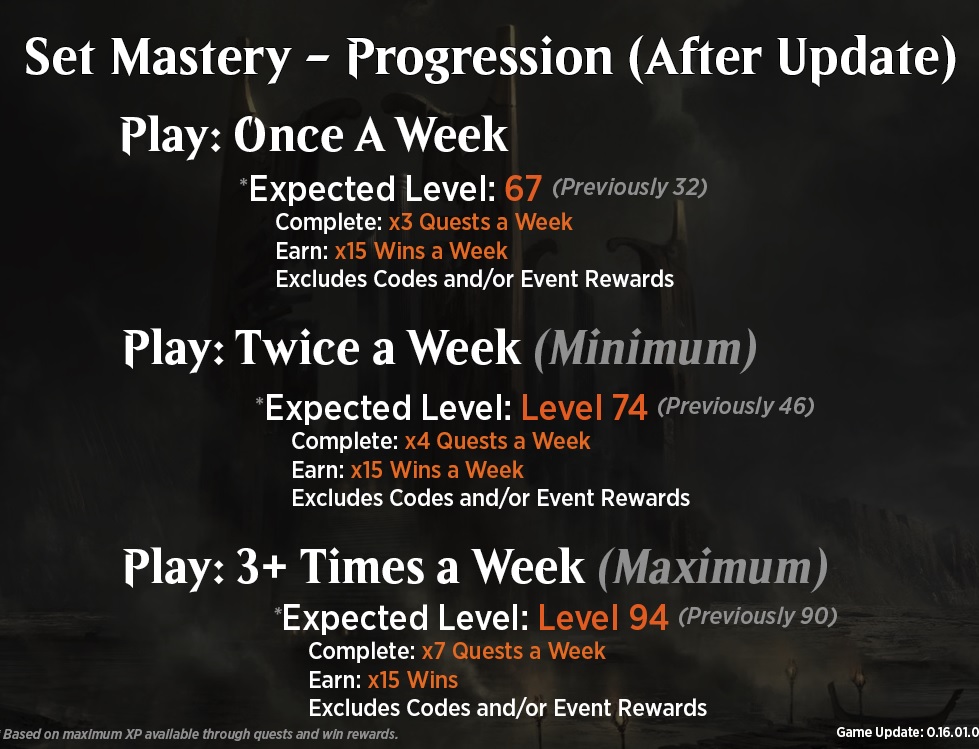 Filed under... #Card games#Magic: The Gathering Arena#Wizards of the Coast