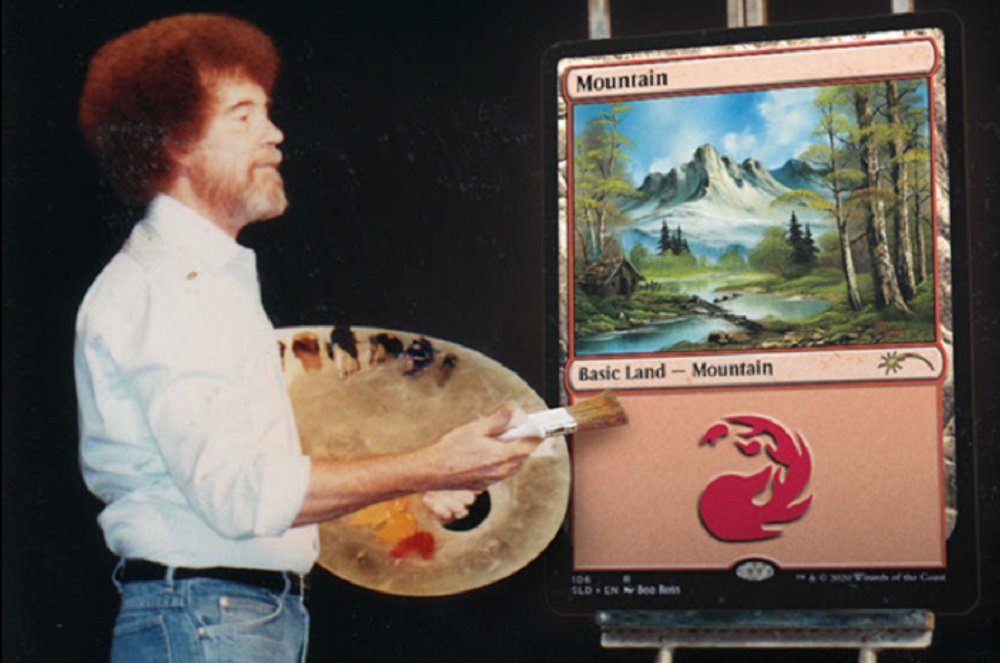 Just put in a few codes

Dubbed “Happy Little Lands,” these basic cards are themed after the paintings of Bob Ross, and come in all five varieties (plains, islands, swamps, mountains, and forests). You have until December 14 to redeem them, and you can find all of the codes below. Make sure you try them with all caps if you’re having issues, and enter them in the corner of the “store” tab in-game.

All of this is to promote the “Secret Lair” concept, which is a rather controversial effort by Wizards of the Coast to sell more themed products directly to players. The Secretversary 2020 store is open now, which is selling all sorts of premium products, as well as “Artist Series” SKUs that feature the work of Seb McKinnon: one of the most prolific Magic artists ever.

As Magic continues to truck on with all sorts of new influences from Hasbro, I’ll mostly continue down the path I have been this past year or so: focusing on Arena, and on the standard sets. Although pre-release events and Commander are a ton of fun, it’s been tough meeting up in real life this year; so all of that will have to wait.