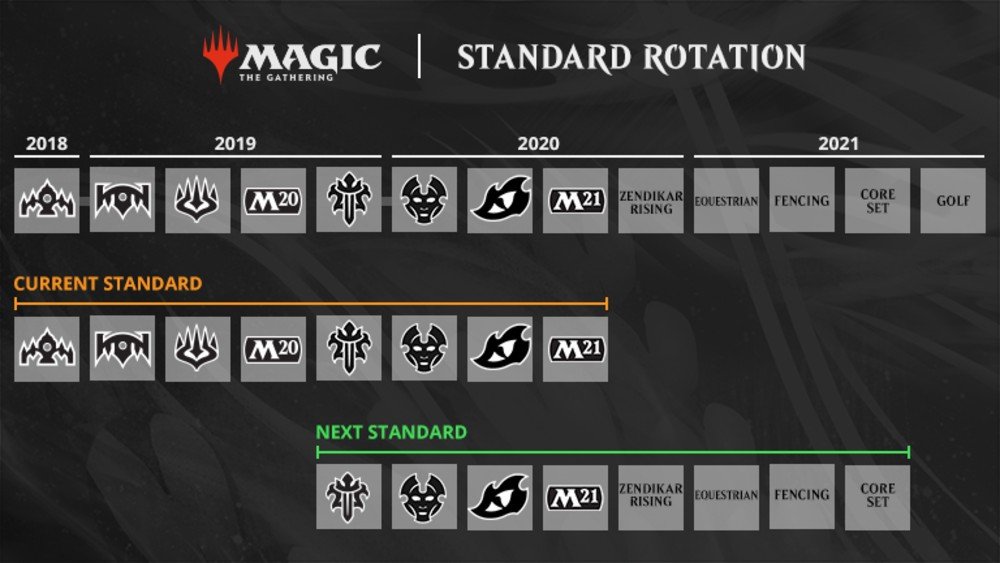 Amonkhet Remastered is also out next week

After a fairly lively set of bans, the rest of the year is going to be pretty big for Magic: Arena.

First up, Amonhket Remastered is set to debut next week, which will usher in both of the recent Egypt-themed sets that have since rotated out of standard play: Amonkhet and Hour of Devastation. It’ll contain 338 total cards through booster packs, which can be placed in limited (sealed/draft) events as well as historic and “eventually,” the pioneer format. The re-iteration that Arena will “eventually” have pioneer is always assuring.

Rotation is also just around the corner, which means a lot of cards will be cycling out of standard play, while the new Zendikar Rising set ushers in another era of standard Magic. In summation: Guilds of Ravnica, Ravnica Allegiance, War of the Spark and Core 2020 will be out of the lineup. That’s actually happening next month, but in the meantime on August 13, you can play “Standard 2021” early: to get used to all of the cards that are going away.

In other Arena news the fantastic “take two decks and mash them together to instantly play Magic” mode Jumpstart is being sunset on August 16 until an undisclosed date (it will be back), new player decks are being updated next rotation to add more relevant cards and combos, brawl matchmaking is being tweaked a bit to weigh specific commanders (Runed Halo is also banned in standard with Gideon’s Intervention banned in historic brawl) and quality of life changes are coming to deck searches.

Oh, and the mobile version of Arena is coming at some point, though there is no word on when that’s happening. There’s a ton of work going on behind the scenes here. I mean introducing and coding a new set to work properly is a task in its own right.

State of the Game [Wizards]