Magic: Arena is gearing up for several big events these next few months, in what it is calling “Summer of Legend.”

That includes a surprise concept titled “Mirror, Mirror,” a mode where old cards are “reprinted” in digital form. Here’s the quick rundown:

In July, we’re running a short but exciting event called Mirror, Mirror. Imagine a world where Oko, Thief of Crowns was printed with balanced abilities and became just another great Historic card. What if Teferi, Time Raveler was printed where he was more of a friend than foe to the format? In Mirror, Mirror, you’ll explore this other universe of decks featuring rebalanced versions of some of Historic’s iconic banned cards. This legendary event won’t stay around for long, but you’ll just have to wait and see what’s inside later this year.

Interesting, right? I love the implication that Oko will be “balanced” now, and Teferi was a “foe” to all of Magic: The Gathering players. I mean, it’s kind of true! And in the case of Teferi, it took Wizards an inordinate amount of time to do something about it. But here we are: in a state where the company can laugh.

It’s fascinating, because this is one of the few times Arena has pulled rank and decided to rework cards to suit its needs over the more rigid and unbending paper format. In other words, it’s an extremely Hearthstone thing to do and it could lead Arena down a different path going forward, if Wizards decides to pivot more into digital. 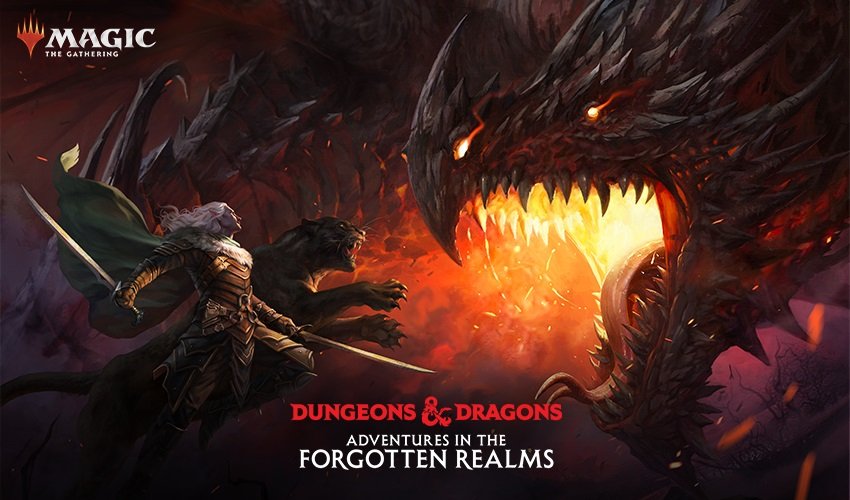 While that’s probably the most intriguing concept to me, there are a few more big announcements.

The Dungeons & Dragons: Adventures in the Forgotten Realms set is coming to standard on July 8 in Arena, followed by July 23 in paper form. That’s huge news, as you now have a transparent timer in which to hit your full Mastery (Season Pass) cap in the current Strixhaven set.

Modern Horizons II is also hitting modern on June 18, and the company reminds everyone of their involvement in publishing the Dungeons & Dragons: Dark Alliance video game due out on June 22.

It’s a lot of stuff to parse! While Hasbro has done a number on their business model and player satisfaction, they’re going to be printing and selling a lot of Magic over the next several months.

Welcome to the Summer of Legend [Wizards of the Coast]