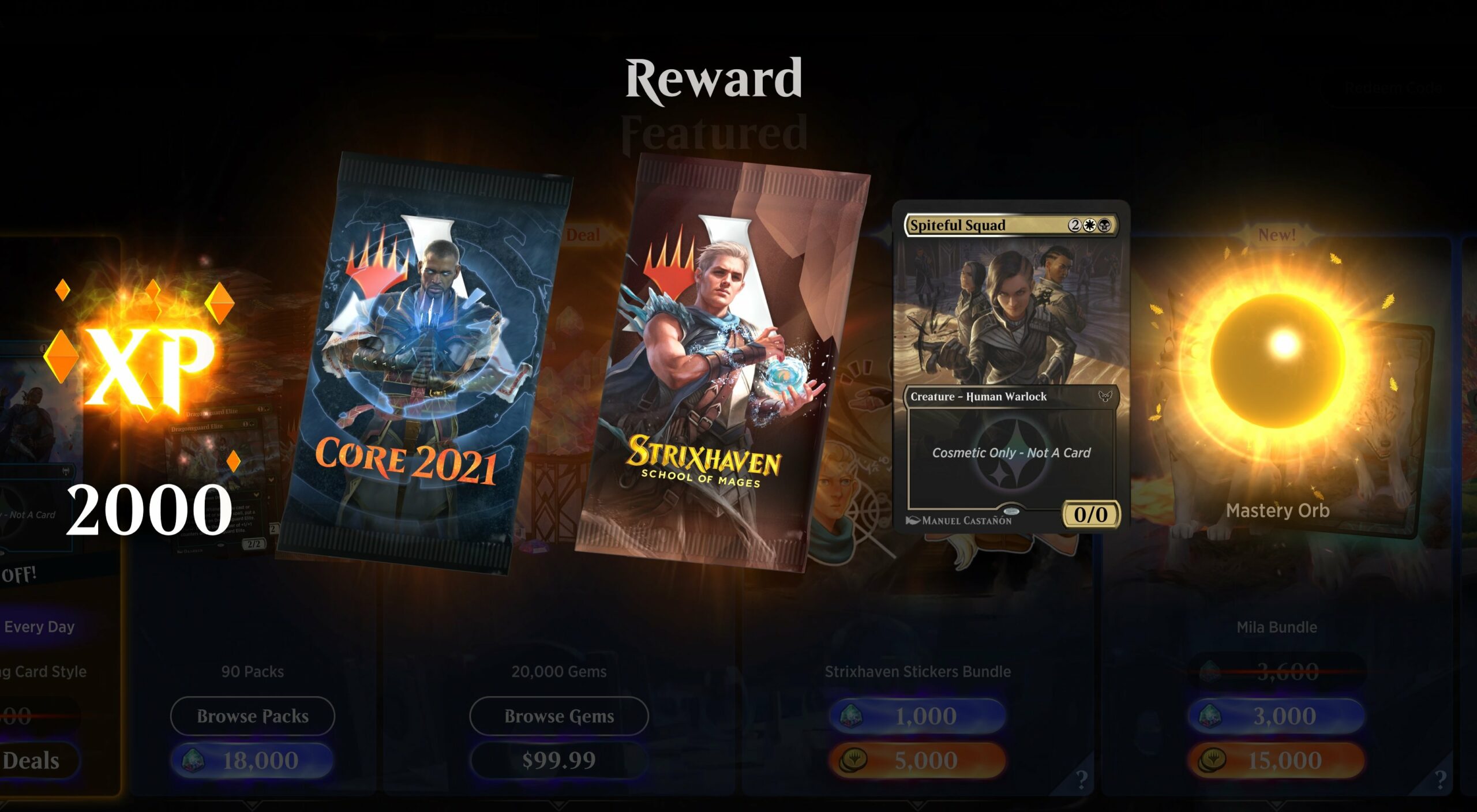 Magic: Arena launched a big expansion in the form of its Strixhaven set, and naturally, there’s some bugs.

It’s not uncommon to see bugs at the start of a huge patch (Fallout 76, ho!), but Magic: Arena has become sort of known for it, especially day one. But a few bugs lingered for nearly a week before being fixed, and Wizards of the Coast is giving players a little something for their trouble.

In short, a lot of players (myself included) found that their quest bar at the bottom of their main menu was missing. This prevented players from seeing XP-boosting quests properly, and thus halting progress for the Mastery (season) Pass. Other players reported problems seeing their friends list, which is a mighty big issue if you play socially often.

So a hotfix just launched last night, and fixed both of those problems. Wizards is “sorry for the confusion,” and decided to launch a code to provide some compensation. To unlock it, just use the code “RestorativeBurst” in the storefront (itself a card reference) to grab two free Mastery Pass levels.