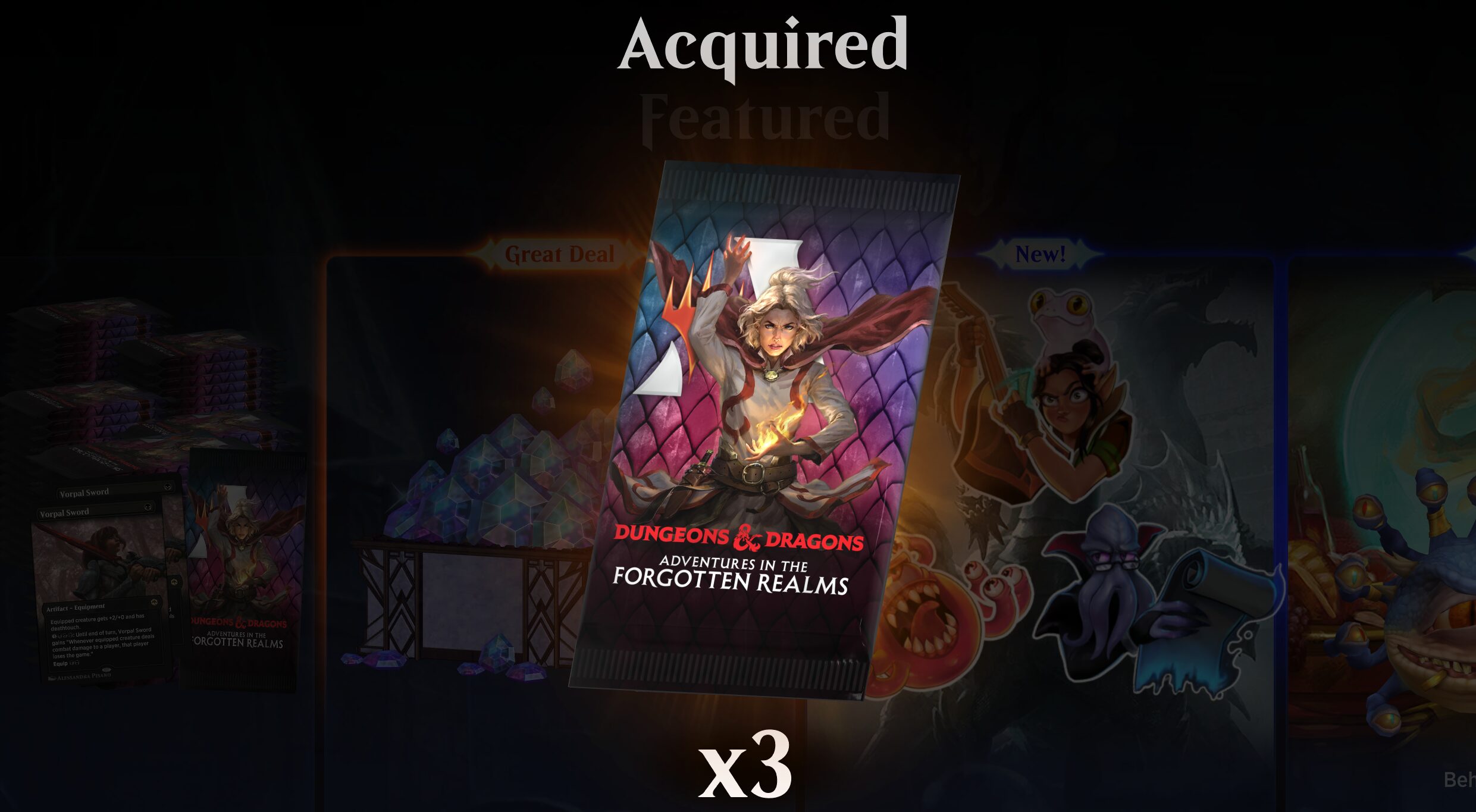 Adventures in the Forgotten Realms is out now in Magic: Arena, and will be fully released in paper form worldwide on July 23, 2021. But before that happens you can reap the benefits in Arena with three free packs: just like each set before it. This one has a rather sneaky subliminal code though, as it doesn’t directly derive from the set; rather, it incorporates the inspiration behind the game.

The set might be Adventures in the Forgotten Realms, but the code is “PlayDND.” That’s with no spaces. Again, it’ll grant you three free packs in Magic: Arena.

While Adventures in the Forgotten Realms seems to have launched swimmingly without any major errors, the developers did add one questionable element to the game: screen shaking. Each time something enters the battlefield (ETB), the screen has a shake effect. Like a lot of people I rushed to the options menu to find a toggle to turn it off, but there was none.

Some folks are reporting motion sickness due to the effect, and Wizards is “looking into” addressing it. Since I don’t think anyone asked for it, you can take it out! But a toggle will do. For now, Magic: Arena free packs!