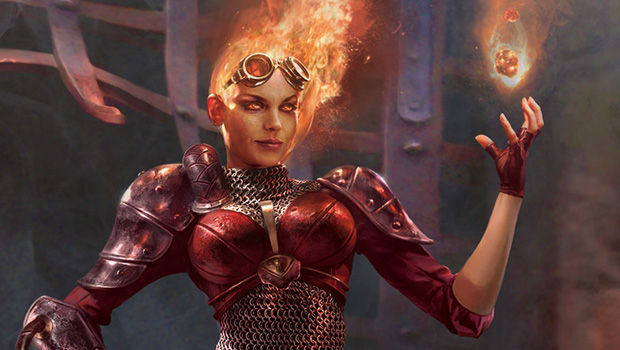 This summer Chandra is kicking ass and taking names

Wizards of the Coast has announced the return of its Magic: Duels of the Planeswalkers game series this summer. In addition to the usual platforms (iOS, PC, Xbox Live Arcade, PlayStation Network), the game is also being released for Android via Google Play and the Amazon Appstore.

Although this news is not surprising considering the success of the previous installments, I was pleasantly surprised when I heard that this year’s game will have a story and a main character. I had the chance to sit down with a member of the dev team to get a personal preview of what’s to come, and I have to say I’m a bit excited! 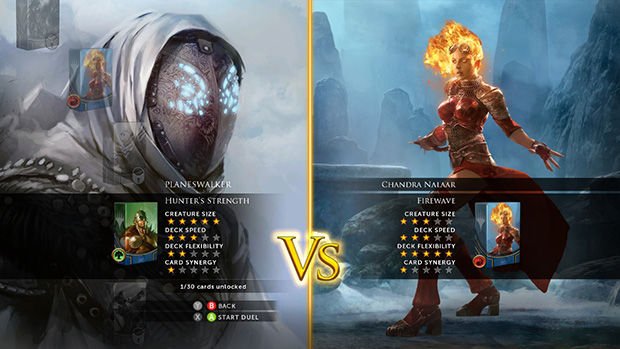 This year the spotlight is on everyone’s favorite fiery Planeswalker Chandra Nalaar as she seeks revenge against Ramaz for being set up after stealing a scroll. If that last sentence didn’t make a lick of sense, it’s most likely because previous DoTP games lacked story elements aside from the loading screen.

Wizards of the Coast along with Stainless Games plan to change that this year by infusing story elements to the main game, including videos and planes-specific encounters and duels. Players can expect a new game mode as well, which will differ from the modes released in previous installments (Archenemy and Planechase).

DotP 2014 will contain 10 all-new playable decks (including some new Planeswalkers), 10 challenges, and 15 encounters. In addition to the above, the team is adding an all-new gallery where players can view images, biographical information, and stats on their favorite Planeswalkers. This year’s game will also contain social media tie-ins and a way to search for local hobby shops so players can join in on the physical card game events.

In terms of the gameplay, I found the demo to be extremely similar to last year’s DotP but with a few tweaks. I noticed that the timing of the phases was a bit tighter than previous games, and the graphics were a bit refined. Besides those I didn’t notice anything special except for the display of a quote before the duel began (to provide context to the story). I was a bit disappointed to see that the deck customization tool hasn’t changed much since last year with the exception of an added sort function. 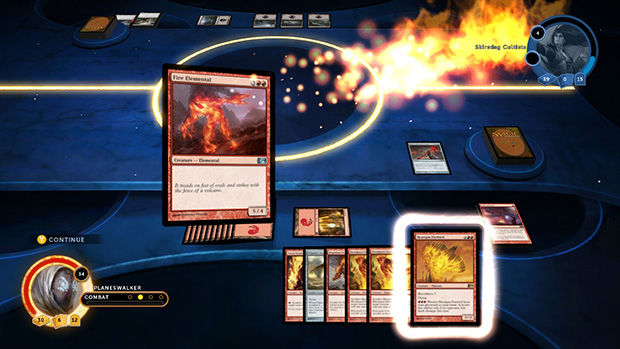 Magic 2014: Duels of the Planeswalkers doesn’t have an official release date but expect it to come before July 19, 2013 when the physical core set is being released. Pricing hasn’t been announced yet but I was told it would stay in line with the previous DotP games, so most likely $10.

Players can count on DLC content in the future, but it’s unclear what will be released (although most likely more deck packs, challenges, etc). Gameplay will be similar across all platforms with the exception of Android, which will only contain ad-hoc multiplayer at launch with the potential for online multiplayer at a later date.

Despite the lack of change in deck customization and overall gameplay, I’m still really pumped for DoTP 2014‘s new story elements. It’ll be nice for once to have a stake in the game rather than just playing against mindless AI decks. And hey, if it sticks to the $10 price point again, I’m sold.