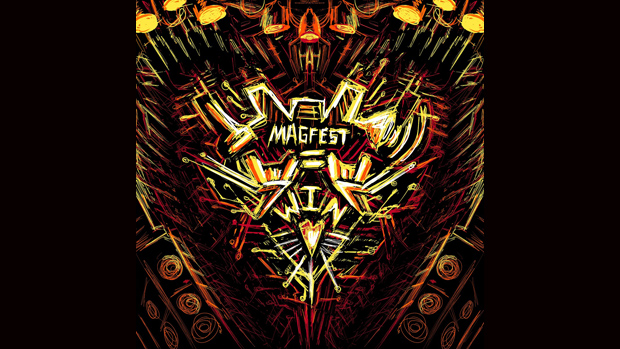 12 tracks from 12 artists featured at this year’s event

This past weekend in Maryland’s National Harbor, several thoudand like-minded individuals gathered for the 12th annual Music and Gaming Festival, AKA MAGFest. This was only my second year attending, but man it was a blast. Tons of games, events, panels, and of course, videogame music.

This year, there was a huge chiptune representation at the festival, and to commemorate it, Chiptunes = WIN released an exclusive compilation featuring the artists performing at MAGfest 12. The album, MAGFest = WIN, released at a listening party at MAGfest, features exclusive mixes from some of my favorite artists such as Danimal Cannon, RobotSexMusic, and fellow Baltimorean Inverse Phase.

As always, it’s an excellent representation of some of the best artists in the scene, and worth your ear time, especially as it’s expertly mastered by DJ Cutman. If you weren’t able to make it to the ‘fest this year, just Colossus scream while listening to this awesome compilation.