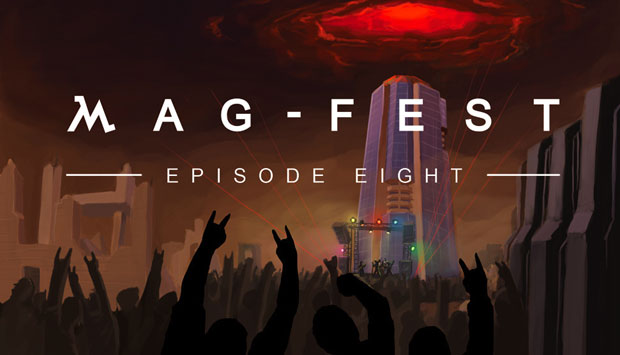 As you may (should) know by now, MAGfest 8 is this weekend. The 8th annual Music and Gaming festival starts rocking Alexandria, Virginia on January 1st, with 4 days of non-stop gaming and live music, and the festivities start early on New Year’s Eve with a massive pre-show party.

On hand for the event will be Double Ice Backfire, Brentalfloss, VIRT, and Renard among others. The crew has secured the entire hotel for the evening, and have decided to throw a Goldeneye-themed bash to get everyone primed for MAGfest the next day. Pre-registering gets you priority in line, but you can still get in if you’re just showing up for a badge at the door on Thursday.

The event proper starts the following day with an expected attendance of 1700, and wil feature guests like Sid Meier and Duke Nukem voice actor Jon St. John, filmmakers like the fellas behind There Will Be Brawl and The Angry Video Game Nerd, to name but a few. Not to mention the countless musical performances by guys like The OneUps, Armcannon, Metroid Metal and Select Start, as well as DJ and chiptune sets by artists like Destructoid’s own Zen Albatross.

It’s gonna be four solid days of music and gaming madness, and much of it will be open 24 hours. Dale, Adam Dork and I will be there too, along with a ton of Destructoid community members, so if you’re in the Baltimore/DC/Virginia area, come join us as we kick off the new decade in style. Head over to the offical MAGfest site for details, and we hope to see you there!