First up is ‘Faster, Baby!’ in March

Oh don’t you worry, Mafia III is still getting that story DLC. There’s a season pass, after all! Today, developer Hangar 13 outlined its release schedule for the three upcoming expansions:

Those estimated dates are liable to change, but that’s the general time frame. Notably, the studio intends to make all three of these story add-ons “tight, focused” narratives. That seems well-advised. 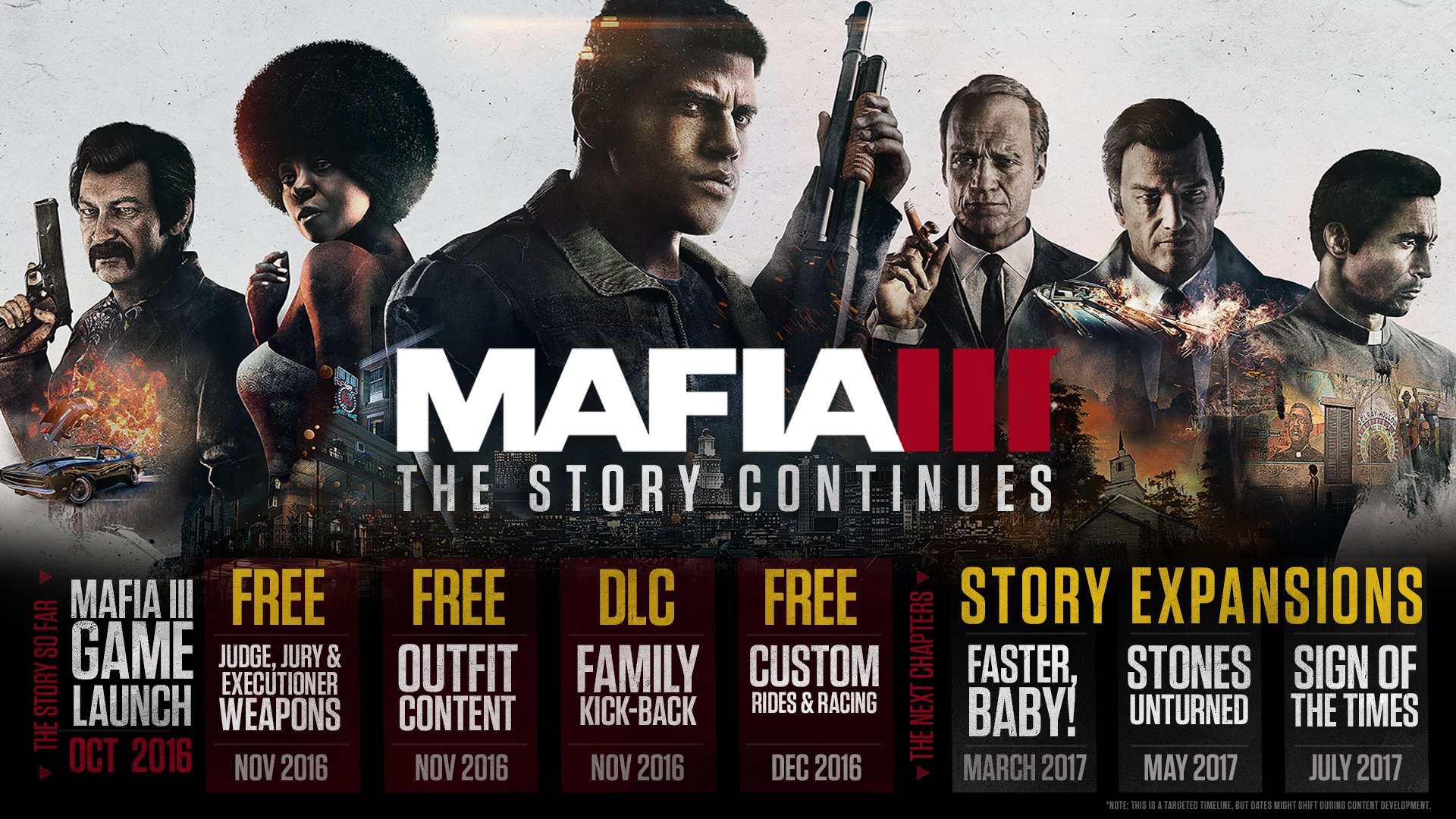 Writing in a blog post, narrative designer Bill Harms added that, after taking in feedback about the game’s story and characters, the team “wanted to double-down on [those aspects] as much as possible, while also providing players with different gameplay experiences.” If you’ve not yet had your fill of Mafia III with the on-disc content, this sounds like it’ll be worth keeping an eye on.