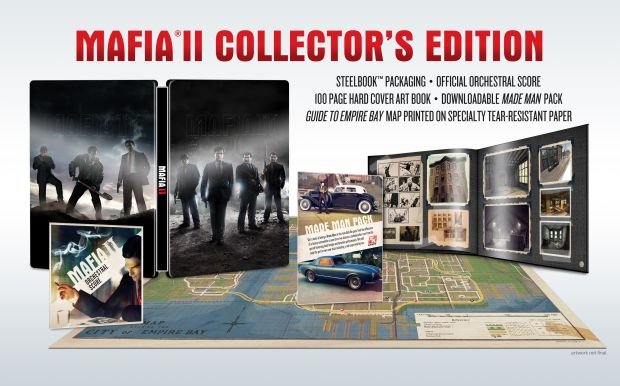 2K has a lot of treats planned for Mafia fans. They recently announced a collector’s edition which will consist of a hard case, art book, soundtrack, map and free DLC. A number of retailers are also planning some pre-order incentives, all detailed after the break.

Along with this EXCITING NEWS comes this new trailer showing off the PhysX power for Mafia II on the PC. I got a first hand look at the game on the PC and feel it’s going to be better of the three versions. Plus, it’s $10 less on the PC.

Full details of the collector’s edition: 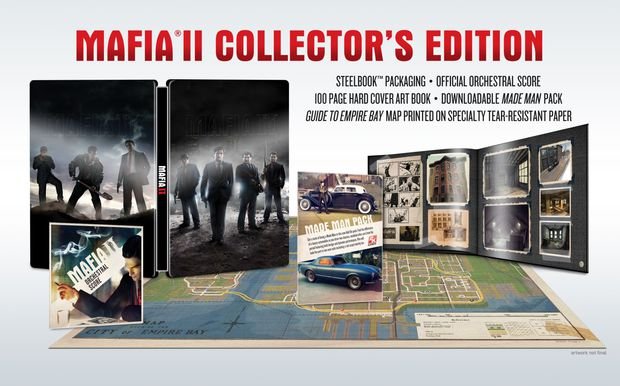