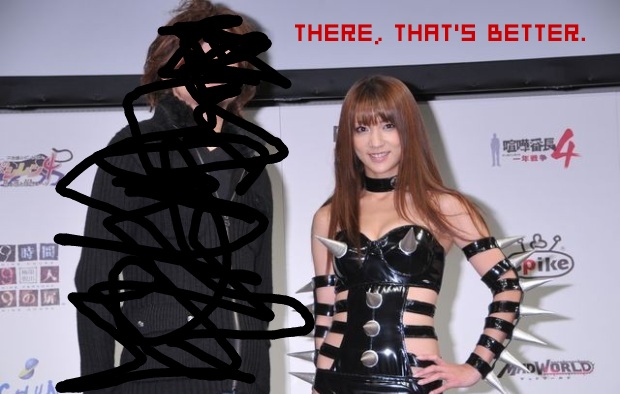 Action packed gameplay, a unique art style and an old school arcade feel couldn’t make MadWorld sell well on the Wii outside of Japan (unless you consider mature games on the Wii niche titles, which wouldn’t be too far off base), so it seems developer Platinum games is falling back on the tried and true marketing ploy of sex. At a recent press-only event in Japan, Konan, a Japanese model, came out dressed as one of the female characters from MadWorld. She demoed the game and did other tasks that were probably difficult while wearing spikes on her breasts. The full gallery of the pleather clad model can be found here.

I know you’re most likely not reading anymore so I’m just going to go on a little rant about how you should really pick up MadWorld. I’m pretty sure it’s already bargain bin fodder and it’s a great game with plenty of replay value. I also want a sequel, and I don’t think that’s going to happen unless they think it has a solid niche on the Wii. Come on, help me out here.